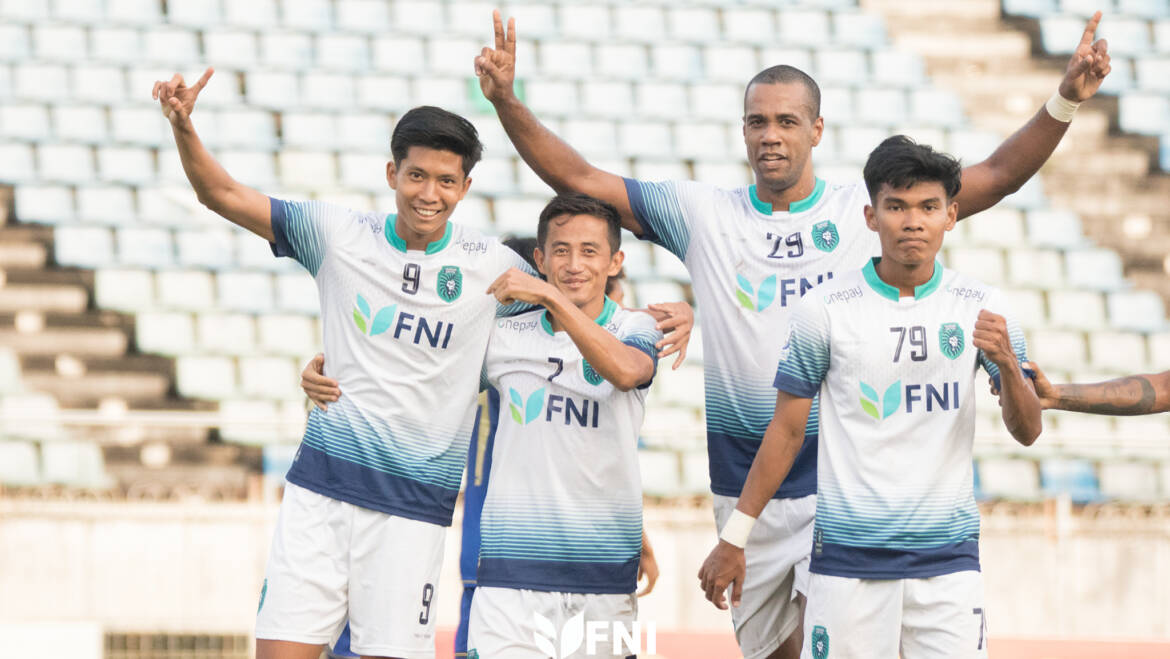 Yangon United won 4-2 over Yadanarbon today and goals were found by Junior for two goals, David Htan, and Sa Aung Pyae Ko.
The squad come out with a 4-3-3 formation to face the opponent and the lads could press the opponent. Then Junior opened a leading goal for Yangon in 17 minutes with an assist from Win Naing Tun. The lads could dominate the match and search for another leading goal. In 43 minutes, Junior added his second leading goal and the lads led the match 2-0 ahead of Yadanarbon at the break.
The lads kept pushing on the opponent for more goals and in 54 minutes, David Htan headed to the net with a close assist from Win Naing Tun. Another fourth leading came along with substitute Sa Aung Pyae Ko when Htet Phyo Wai crossed the ball from the left wing. However, the opponent pulled back a goal via a penalty by Ye Yint Aung. Two minutes later, they earned a second goal when the Yangon defenders misunderstood each other which led to allowing a goal. At the final whistle, Yangon United won 2-0 over Yadanarbon and book a ticket to AFC Cup 2023.
Yangon United interim Head Coach U Kyaw Dunn said, “our lads trained hard and play hard. I appreciate the victory they did.”
Yangon United stand in second place after 17 plays, 12 wins, 2 draws, and 3 losses earning 38 points, and the lads will play their last match of Myanmar National League 2022 against Ayeyawady United on November 15th at Thuwunna stadium.