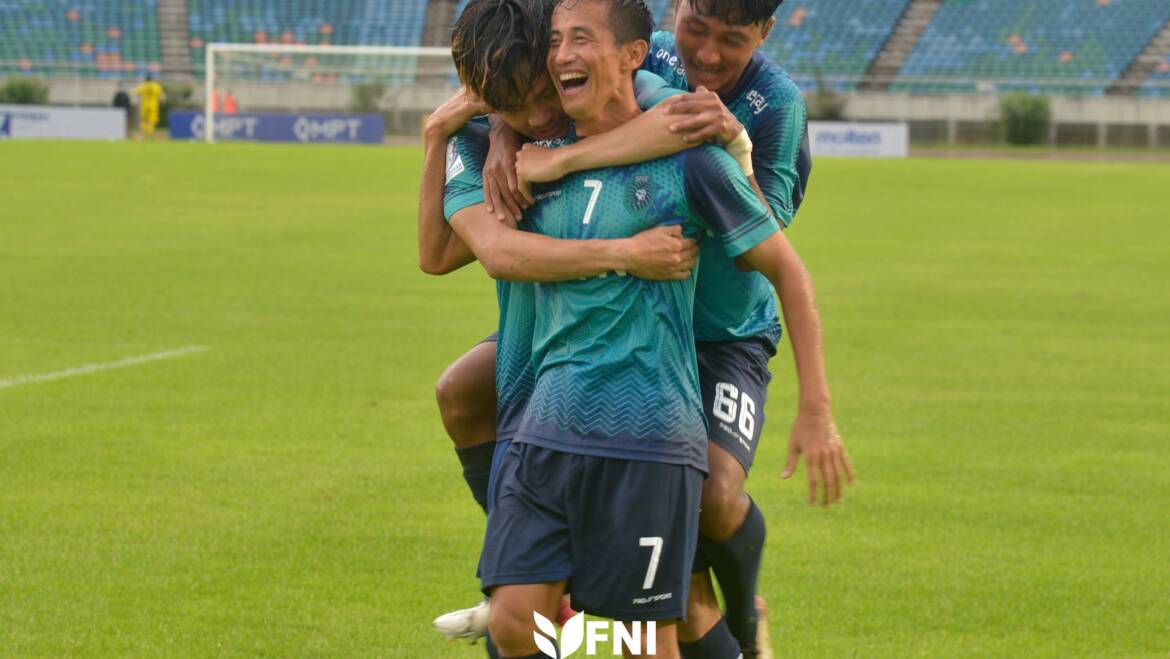 Yangon United won 2-0 over Yadanarbon today in the second match of the Myanmar National League with the goals of Htet Phyo Wai and David Htan.
Lions come out 4-3-3 squad to face the opponent, and in 12 minutes, Yangon got a foul ball and hit by Yan Naing Oo to the near post where David Htan was waiting to head to the net. But David’s attempt was intercepted by the opponent. In today’s match, Phone Thitsar Min displayed his performance on the pitch protecting his net. In an additional one minute of the first half, the lads were awarded a foul ball in 18 yards, and HtetPhyo Wai’s stunning free-kick made the lads lead the first half.
The opponent team made changes to the squad to pull back a goal in the second half. In 56 minutes, Kyaw Min Oo attempted to drive to the net from 18 yards but his drive went over the goal post. The second leading goal was found by David Htan in 74 minutes when Htet Phyo Wai and Kyaw Min Oo linked to pave the way for David to shoot from the left side to the goalkeeper’s right post. At the final whistle, Yangon United enjoyed the 2-0 victory over Yadanarbon.
Yangon United head coach U Min Tun Lin said, “I am thrilled to earn the victory and I will try to improve the players’ performance on the pitch”.
Yangon United now stands in second place earning the same points, and goal difference as table leader Shan United after 2 matches played, 2 wins, earning 4 goals, and coming July 14th, the lads will face Rakhine United.