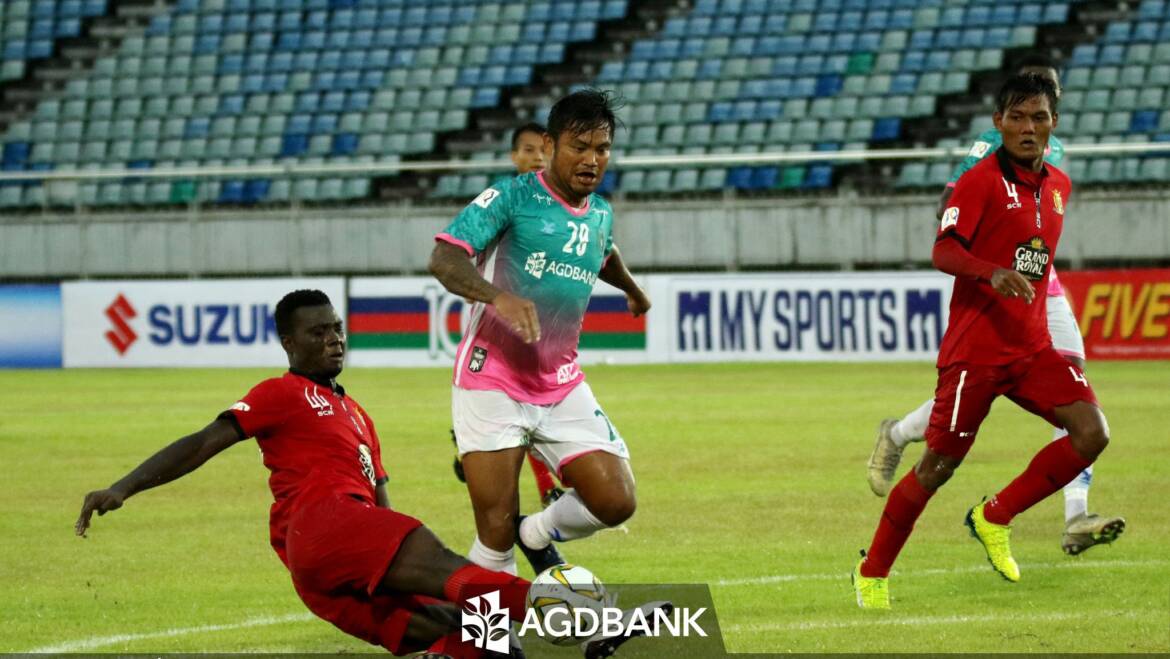 Yangon United suffered defeat to Hantharwady United with 1-3 today at Thuwunna stadium. Although Yangon could lead the match with a goal of Emmanuel in the first half, the opponent come back in the second half and scored the winning goals by Hein Htet Aung, Donald Bissa, and Emeka.

Lions come out with 4-2-3-1 formation, and the match was entertaining as both teams rivaled hard for the points.

There were efforts from both sides to lead the match in the early minutes. But Yangon started to dominate the match and saw chances to score. In 39 minutes, Mg Mg Lwin played a sensational give and go with his teammates and passed a long ball to Barfo who attempted to hit. However, Barfo’s heading went to the post and hit back. In 41 minutes, Mg Mg Lwin passed the ball to Emmanuel who was ready to net a goal, and the first half was led by Yangon United with 1-0 ahead.

In the second half, both teams made substitutions, and Hantharwady was given the comeback chances. In 50 minutes, Hein Htet Aung from Hantharwady pulled back a goal. Seven minutes later, Donal Bissa added their second goal. Substitute Than Paing got chances to score in 65 minutes, but his attempt was blocked by the keeper. The third leading goal for Hantharwady was found by Emeka in 80 minutes. In additional times, substitute Kyi Lin cut his cross to the left which almost stepped into the goal line, but the opponent’s defender saved it. At the final whistle, Yangon United lost 1-3 to Hatharwady United.

At the press conference, Yangon United Head Coach U Tin Maung Tun said, “We led the match in the first half, and we got chances to respond a goal. If we were good at finishing, the result would have changed. And I want to congratulate the opponent”.