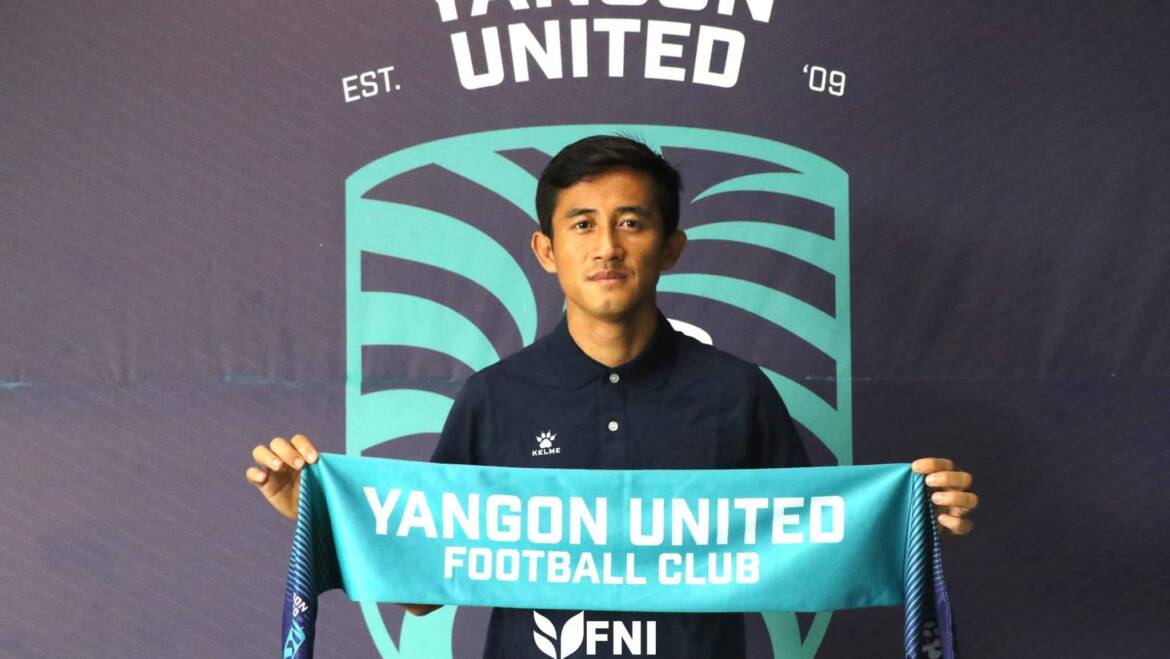 We are delighted to announce that Myanmar International Team and Shan United right-back David Htan has signed with the club till the end of the 2022 season.
David Htan was nurtured by the Institute of Sports and Physical Education (Mandalay), and he began his football career in 2007 with Air Bagan FC. When Myanmar National League launched in 2009, he made his debut with Yangon United and was one of the players who recorded as four times Champions of the Myanmar National League with the club. For his brilliant performance, he has received a call-up to Myanmar National team since 2011 untill now.
Then he moved to Shan United in the half of the 2018 season, and he kept his performance by holding two consecutive Champions of Myanmar National League titles.
“I am thrilled to be back at home and can’t express my happiness when I got a warm welcome from our president and team officials. I have been overwhelmed by the warm welcome of staff here. I can’t wait to play, and I am sure I will do as much as I can for the club”, David Htan revealed.
#YUFC #Yangon #ThisIsYangon #HomeOfYUFC #DavidHtan #2022season