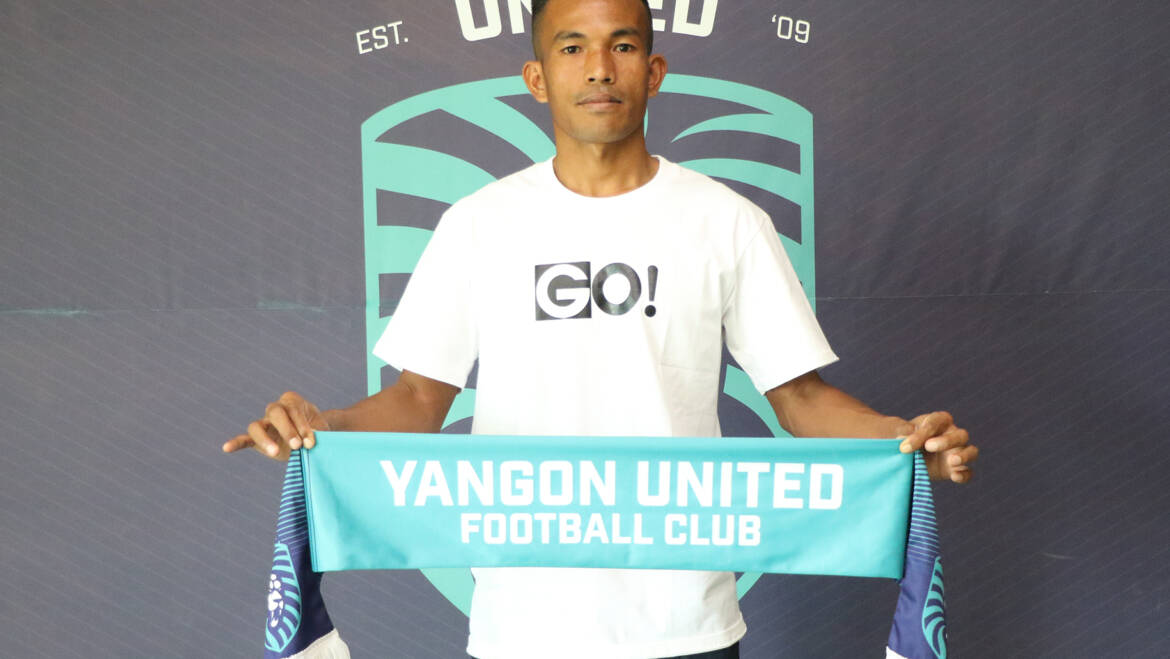 Yangon United is delighted to announce the signing of defender Zaw Ye Tun from Yadanarbon on a one-year contract.
Born in Pyaw Bwal Township, Mandalay region, Zaw Ye Tun is known as a tall man among his teammates. A 5’ 11” tall defender has got skills in defending the opponent’s attack. He began his career in an inter-ministry competition. Growing up, Zaw Ye Tun was offered a youth contract at Yadanarbon U-21 in 2013 and brought a Champion title. Then he was promoted to the first team in 2014 crowning the Champion title in 2014 and 2016. Former Myanmar National U-22 team player Zaw Ye Tun made his senior international debut in 2016, being chosen in Myanmar’s squad for the 2016 World Cup Qualification, 2018 AFF Suzuki Cup, 2022 World Cup Qualification, and 2023 Asian Cup Qualifications.
Zaw Ye Tun said, “I am glad to be here with this team, and the team accommodates us perfectly. All I want to do is to hold the Champion title and will bring the team to get more achievement in AFC Cup as well.”