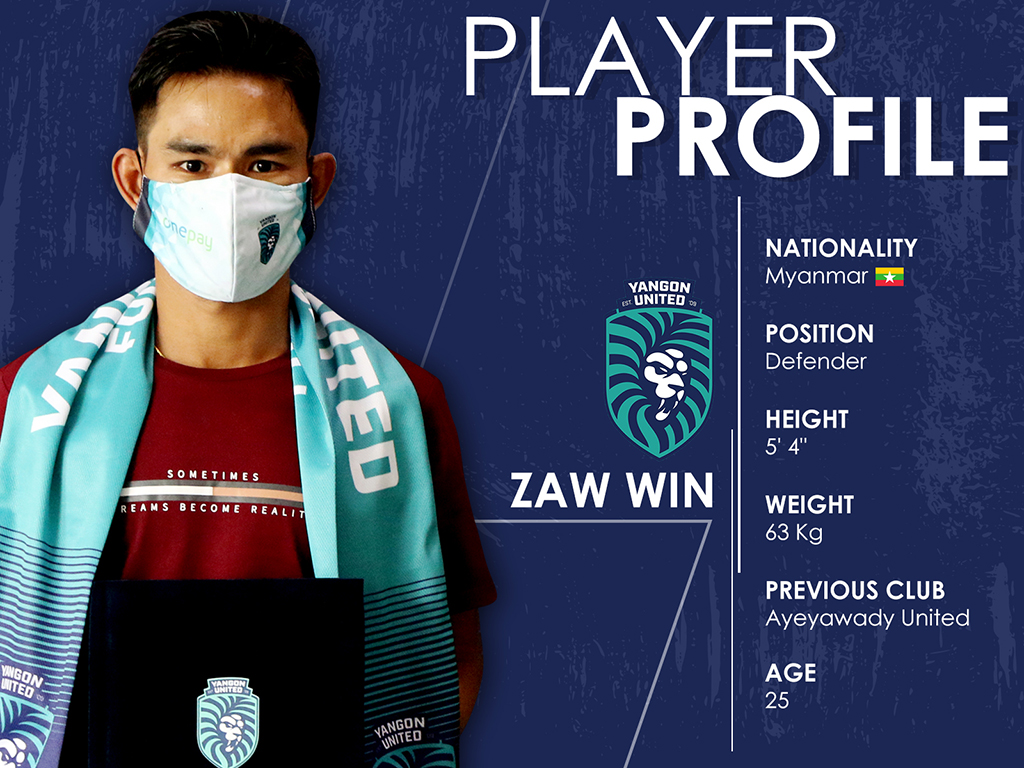 We are pleased to announce the singing that Zaw Win, a defender from Ayeyawady United has signed a two-year contract with Yangon United.

Zaw Win, 25, was brought up in Daik-U, Bago, and started his professional career with Yangon United in the reserve team in 2010. Then he started featuring in the senior team from 2011 to 2015 and one of the players who lifted the Champions titles. Moreover, he had been selected in Myanmar National youth teams and the senior team as well. In 2016, he moved to Chin United spending one season and transferred to Rakhine United in 2017 for two years. Moving to Ayeyawady United in 2019, he did perform for the team to place at the high rank.

He said, “I am happy to return to the home and can’t express how I feel right now. What I want to say to the fans is that I will put double effort on the team and try my best”.