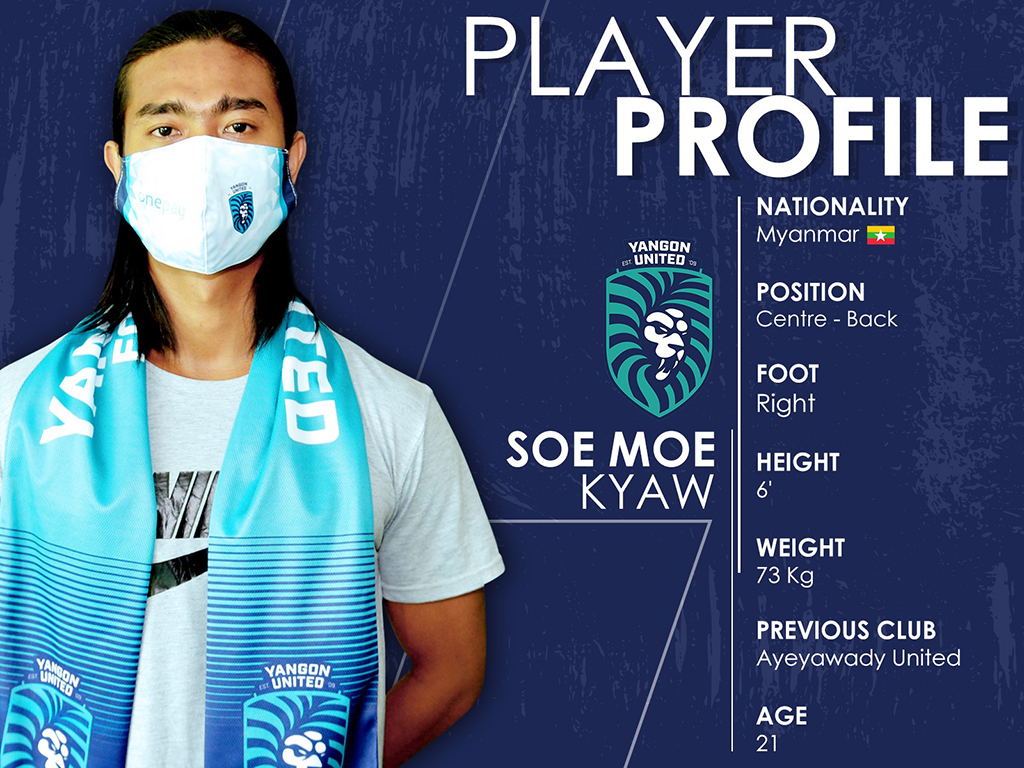 We are pleased to confirm that defender Soe Moe Kyaw from I.S.P.E has signed a contract with two years loan.

The 21-year-old defender is from the Institute of Sports and Physical Education (Mandalay) and studied from 2011/2012 to 2015. Then he started participating in Myanmar National League U-18 with I.S.P.E (U-18) in 2017. Then he advanced to U -21 in 2017 and found his first Champions trophy with I.S.P.E (U-21) in the 2018 Myanmar National U-21 League. In 2019, I.S.P.E loaned him to Ayeyawady United with two years contract and he proved how he managed to play well on the pitch. His international journey with Myanmar National Youth Team started in 2017 featuring in the AFF U-18 tournament which was held in Myanmar and placed second in the 2018 AFF U-19 in Indonesia. Moreover, the young talented defender was selected in Myanmar National Team in 2018, and recently he earned third place with Myanmar National U-22 participating in SEA Games 2019.

He has expressed his cheerfulness, “It’s my great honor to be here with one of the great clubs in Myanmar National League. I am thrilled to be part of the team to raise the image of the club. One more thing that I want to say is to hold the trophies that I haven’t got in my former club Ayeyawady United and I am sure I can do that”.