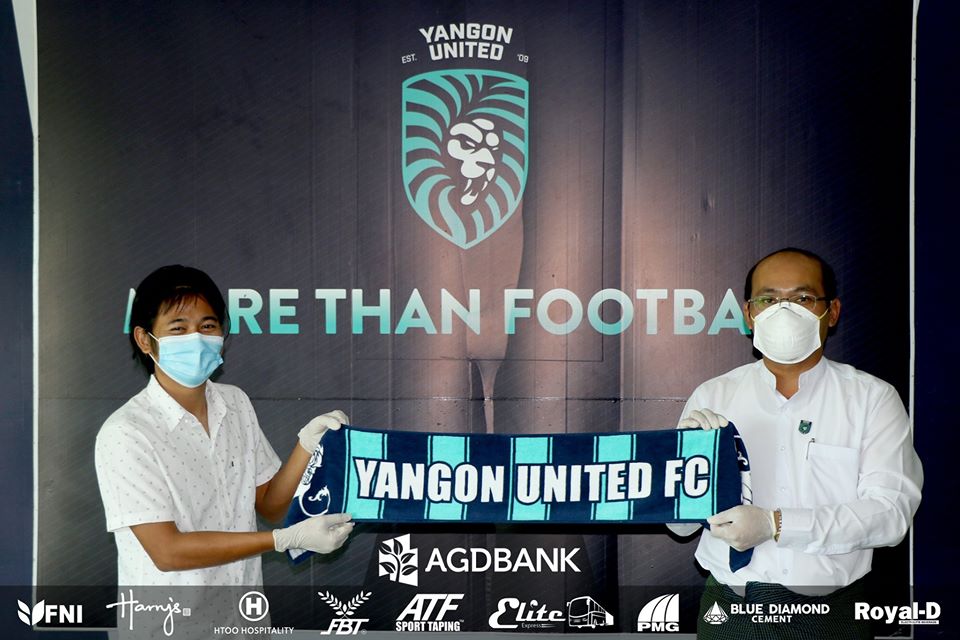 We are delighted to confirm the signing of midfielder Yan NaingOo from Shan United. He signs on a 2-year contract with Yangon United.

“I am thrilled to be part of the team and will do the best for the team”, he expressed the feeling of his move to Yangon United.

He started his career in the ZeyarShweMyay Youth team, and he was promoted to the senior team in 2015. Then he joined Shan United from 2016 to 2020.

Then he continued, “I have friends here that we used to play in a squad. So I know them well and believe to fight the opponent”.

” I want to take this chance to thank everyone in Yangon United and fans, and I want to say the fans that I will give everything for the badge to help bring us more success”, he added.