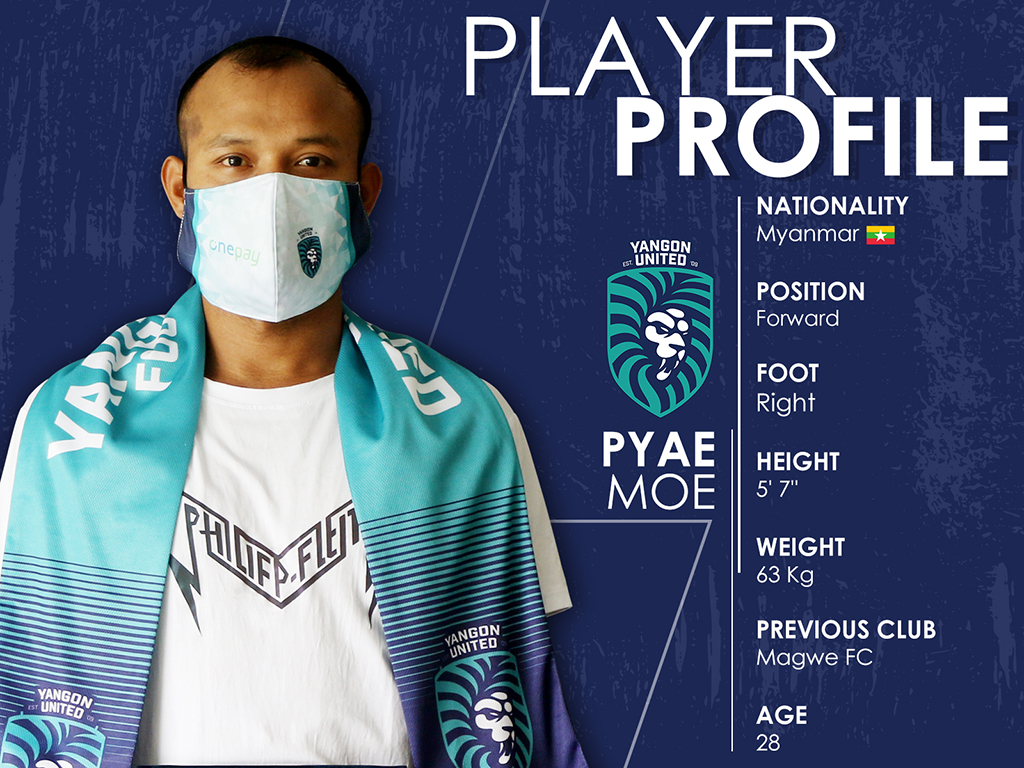 We are pleased to announce that Pyae Moe has signed a two-year contract with Yangon United for the upcoming seasons.

A 28-year-old striker Pyae Moe brought up in Wundwin and one of the players of the Institute of Sports and Physical Education (Mandalay) from 2008 to 2009. Then he represented the Ministry of Sports in Inter-ministries football Tournament and began his professional journey with Rakhine United (U-21) in 2011. Then he advanced to the senior team playing four years. He spent one year in Zeyar Shwe Myay, 2017-2018 in Hantharwady United, and 2019-2020 in Magwe producing quality performances in the respective teams. Furthermore, his name was recorded in the senior national team in 2015 for World Cup Qualifiers.

“I am so proud to be offered by this great team. And I know it could be harder to take a position among the talented players, and I have to gear up my performance more and more. And I do my best for the fans as well”, he said.