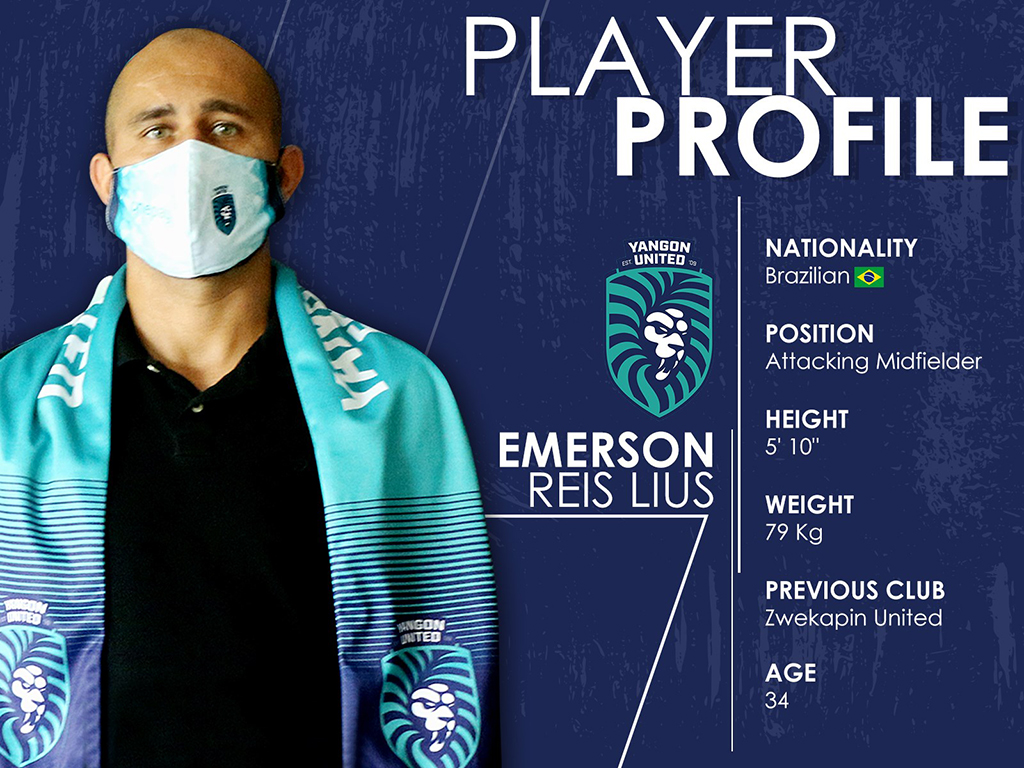 We are delighted to announce that the signing of attacking midfielder Emerson Reis Luiz from Zwekapin United has confirmed the one-year contract with Yangon United for the first preparation of the 2021 season.

Emerson started his professional career in 2003 and stepped on his journey to the Myanmar National League club Yangon United in the 2014 to 2015 season and he was remarkably one of the players who lifted the Champions title in 2015. Then he moved to Bosnian club FK Sarajevo for one year. However, returning to Yangon United in 2017, Brazilian performed what he had for the team. Later he spent two years in Brazillian clubs. Afterward, he craved back to Myanmar to play for Zwekapin United in the 2020 season making 11 appearances and 3 goals.

This is the third time to join Yangon United, and he expressed the feeling, “I am very happy to be back to Yangon and feel so good to be here. I know the team and history, and I am sure to play well for the team again. I want to say the fans that I give my best to every single game and fight for the title. Every year the team always fights for the title, and I am thrilled to be back with this team”.

Yangon United will manage to contract more players for this season and announce very soon.