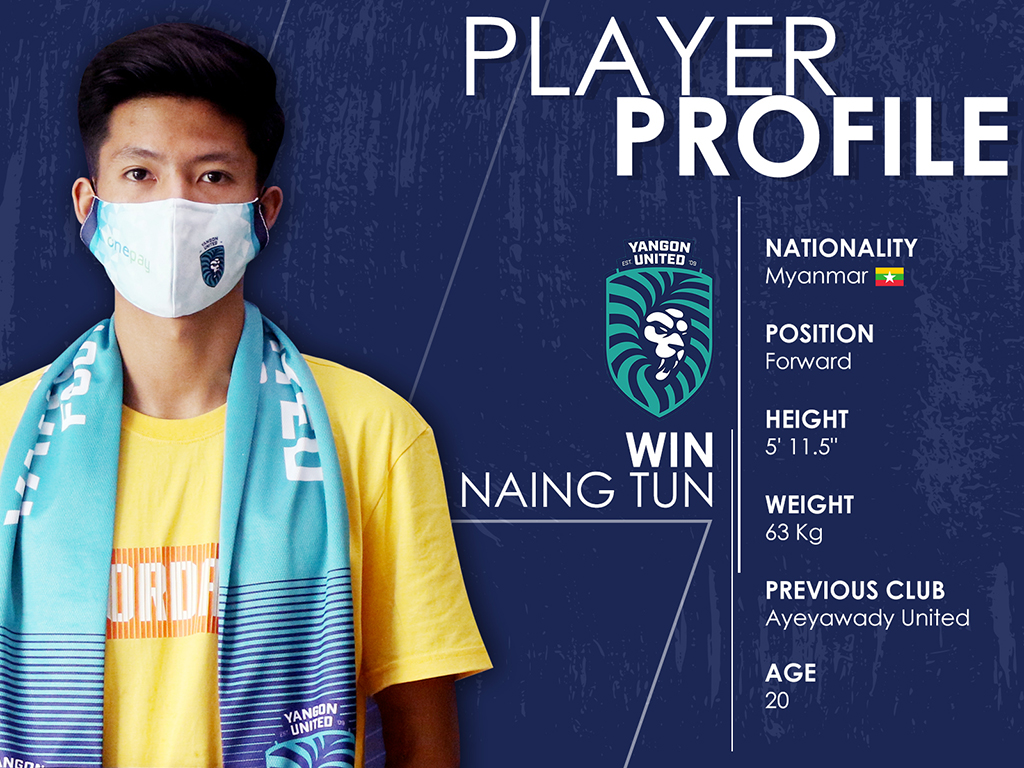 We are delighted to confirm the signing of Myanmar National U-23 and Ayeyawady United striker Win Naing Tun with a three-year contract for the preparation of upcoming seasons.

Win Naing Tun, 20, was born in Depayin, Sagaing region and one of the players of Mandalay Academy from 2011 to 2015. He was selected in the Myanmar National Aged Groups, and won the second in AFF U-16 in Cambodia, second in AFF U-19 Championship 2018 in Indonesia, and awarded for Top Scorer of the match. Furthermore, his team placed third in the U-21 Brunei Invitation Cup and second in the Thanh Nien Newspaper International U-21 tournament and won the best player of the tournament. Keeping his performance, he featured in the Myanmar National U-22 for SEA Games 2019 and earned third place. In Myanmar National U-23, he recorded his name as well.

The young striker began his professional career in Yadanarbon from 2017 to 2019 and moved to Ayeyawady United in 2020.
He expressed, “I am proud to be a part of a great team in the Myanmar National League and I will perform as much as I can for the team. And I want to say our fans to support wherever you are and I will work hard to be ready for the team”.