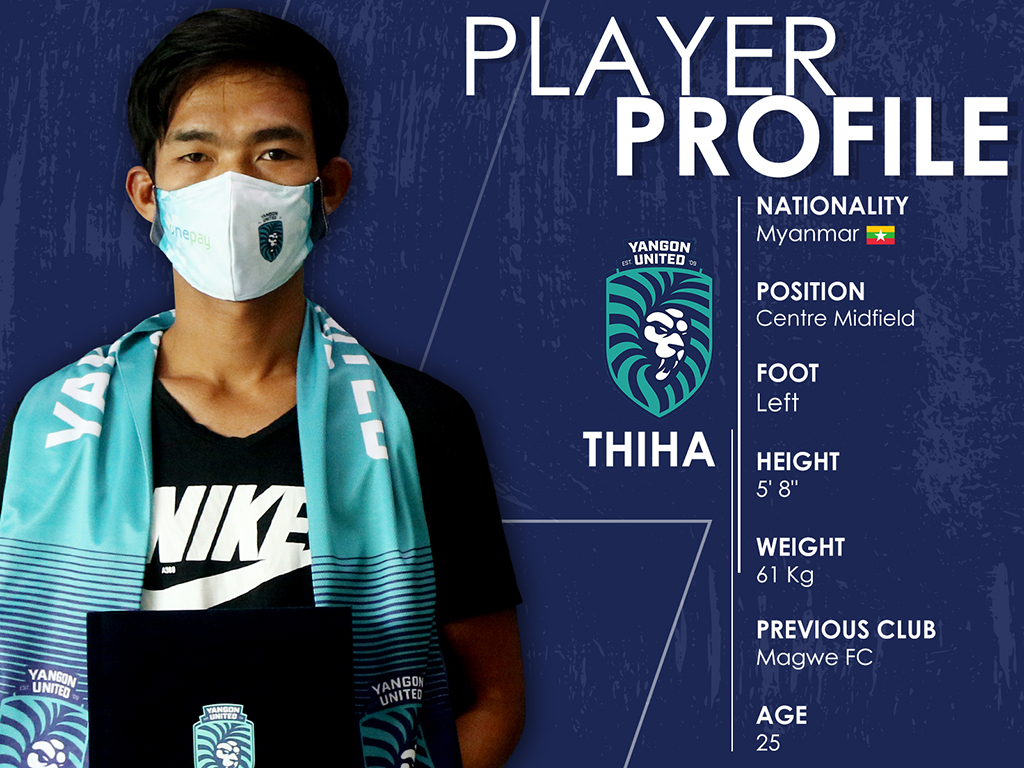 Yangon United are pleased to announce the signing that midfielder Thiha from Magwe has signed on a two-year contract.

He said, “It was beyond my pleasure when I received the offer from this great team. I know this is one of the strongest teams in Myanmar National League, I do my best for the team and the fans”.