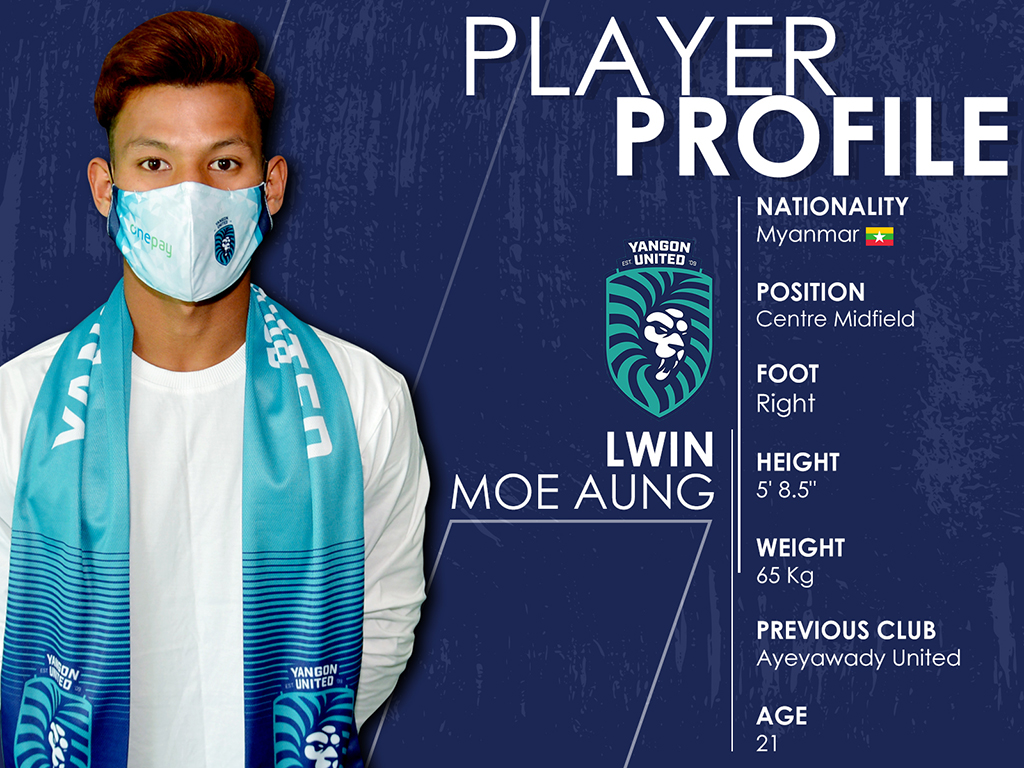 Yangon United are delighted to announce that National Team midfielder Lwin Moe Aung from I.S.P.E with a 2-year loan.

Lwin Moe Aung was born in Amarapura, Mandalay, and studied at the Institute of Sports and Physical Education (Mandalay) from 2012 to 2015. Then he stepped into the professional career with I.S.P.E (U-18) in 2016, and he was one of the players who lifted the Champions Trophy in the Myanmar National U-21 League. At the same time, he was awarded the Best Player Award of 2018. Then he joined Ayeyawady United in 2019 and 2020 and placed at the top of most assist player along with Hein Htet Aung from Hantharwady United. Lwin Moe Aung, one of the midfield kings of Myanmar, produced a quality performance, has been selected in Myanmar National Team since 2018. And he achieved fourth place in 2017 AFF U-18, second in 2018 AFF U-19, and third place in SEA Games 2019 which was held in the Philippines as well.

Lwin Moe Aung, one of the best midfielders of Myanmar said, “I am very proud to join Yangon United and watch me how I will work for this club. You will see the best of me than previous Lwin Moe Aung. Yangon could not hold the trophy last year and I will work hard to be the Champions for this amazing club”.