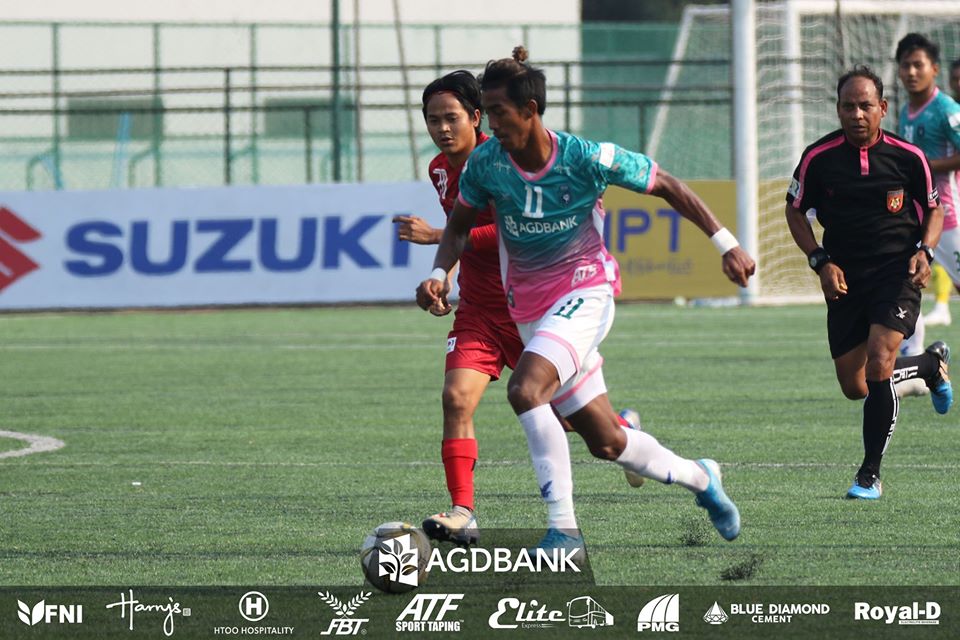 Yangon United shared the points with the visitor Shan United at home today at Yangon United Sports Complex in the week-7 of MPT Myanmar National League 2020. Shori and Barfo found the goals for Yangon while Hein Phyo Win and Yakubu Abubakar scored for Shan United.

Lions come out with 4-2-3-1 for the match, and the match thoroughly entertained the crowd. The visitor led the match in 12 minutes with a goal of Hein Phyo Win. Emmanuel, Mg Mg Lwin, and Aung Kyaw Naing attempted to equalize the result, but they were blocked by the defenders. But there came a chance to level the result in 28 minutes of the match when Shori made a drive to the net from the corner. The first half went 1-1 draw.

In the second half, Aung Kyaw Naing tried to drive to the net, but his goal was not regarded as a goal. But substitute Barfo crushed a header from the corner to lead the match. However, the opponent equalized the goal just three minutes later by Yakubu Abubakar. In remaining minutes, both teams could not take the advantage to lead the match and shared the points at the final whistle.

Yangon United Head Coach U Tin Maung Tun said, “We could not seal the win and shared the points with the visitor. We must pay attention to the upcoming matches to run on the track”.