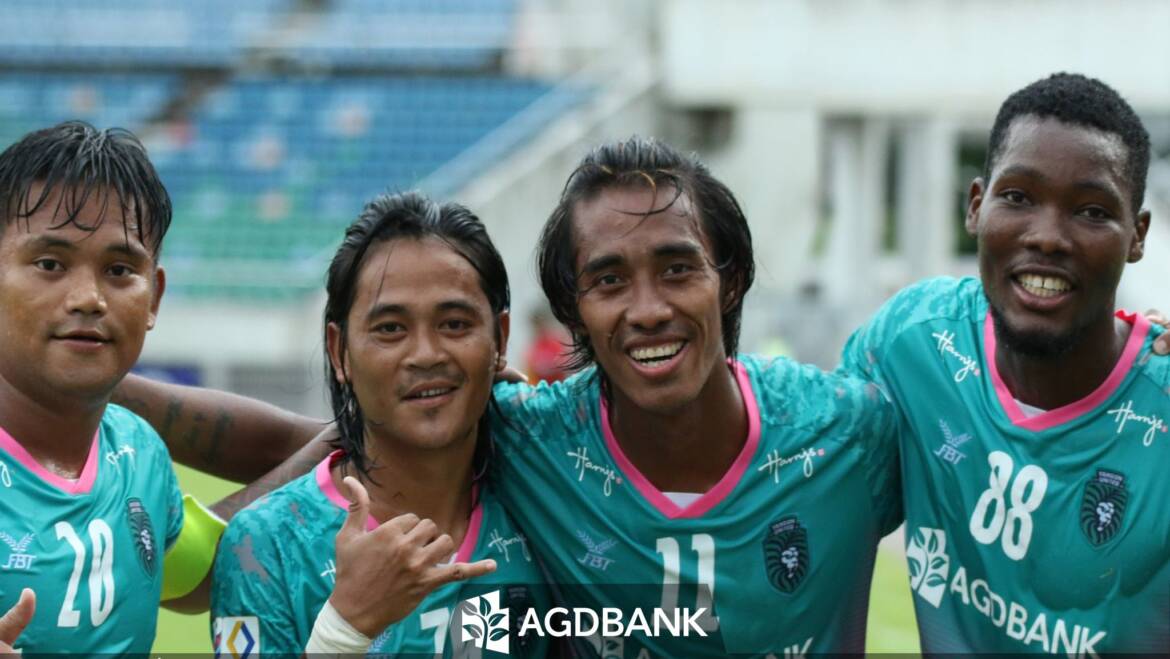 Yangon United set to win over Southern Myanmar with 3-0

Yangon United set to win over Southern Myanmar with the goals of Kyi Lin, Mg Mg Lwin, and Emmanuel today at Thuwunna stadium.

The Head Coach made changes in today’s line up, and Sann Sat Naing appeared in the starting. Lions could dominate the match, and in 14 minutes, Yan Naing Oo and Mg Mg Lwin linked to support Emmanuel to head to the net. But Emmanuel’s heading went over the post. In 17 minutes, Yangon was awarded a penalty when Yan Naing Oo was intercepted by the defenders in the penalty area. Then Kyi Lin shot it to the right corner of the post to lead the match. Kyi Lin saw chances to score but the keeper intercepted and blocked his pass. The second leading goal was found by Mg Mg Lwin who made a beautiful free-kick to the right post of the keeper. And the first half was led by Yangon United with 2-0 ahead of Southern Myanmar.

After the restart, the opponent made some changes to get more attacks. However, the defenders could handle well. Then a third leading goal was found by Emmanuel in 60 minutes when Kaung Htet Soe paved the way to him. The lads kept firing their attacks, and in 77 minutes, Yan Naing Oo crossed the ball from the right side to the goal area where Emmanuel was ready to kick. But Emmanuel could not turn it a goal as his efforts went over the post. Lions did some changes with Thurein Soe, Aung Kyaw Naing, and Barfo in the place of Zarni Htet, Kyi Lin, and Emmanuel. The lads create more chances in the remaining minutes and substitute Barfo received the ball from Htike Htike Aung to shoot but his kick went over the post. At the final whistle, Lions managed to seal the victory over Southern Myanmar with 3-0.

Yangon United Head Coach U Min Tun Lin said, “Our players did well, and I got what I want. But there are some points to fix, and I will try to get fix it soon”.

Yangon United earned 29 points after 13 plays, 9 wins, 2 draws, and 2 losses standing in third place. Then the lads will face Shan United on September 16 at Thuwunna stadium.