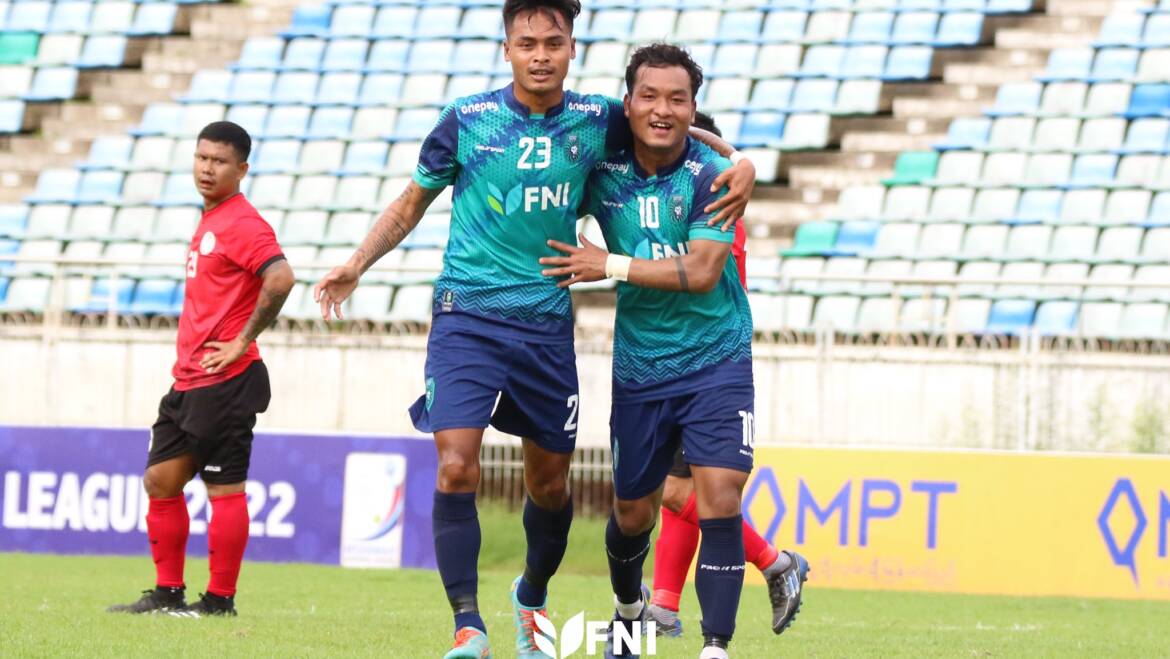 Yangon United ripped apart Mahar United as they powered to a 5-0 win at Thuwunna stadium today. The opening goal of Zaw Win Thein and the 4-goal of Lamin Htwe led to a victory over Mahar United.
The lads could drive the match once the kick-off started, and David Htan got an injury and was replaced by Zarni Htet in the early 5 minutes. In 15 minutes, Htet Phyo Wai found a chance to score, but his attempt was tackled by the opponent’s defender and keeper. In 33 minutes, the Lions saw the first goal when Htet Phyo Wai paved the way for Zaw Win Thein to drive to the net. In 9th minutes later, Lamin Htwe added a second leading goal for Yangon to lead the match at the break with 2-0.
After the restart, the opponent tried to pull back a goal, and in 61 minutes, they got a free kick, but Sann Sat Naing denied it. Lamin Htwe made it 3-0 to his team in 69 minutes when Yan Naing Oo set the scene for him. He extended his scoring in 89 minutes with an excellent assist from Yan Paing Soe. In additional times, the referee awarded a penalty to Yangon when the opponent made an interception badly to Htet Phyo Wai in the penalty area. Lamin Htwe drove it to the net for his fourth goal of the match. At the final whistle, the Lions could seal the 5-0 victory over Mahar United.
Yangon United Head Coach U Min Tun Lin said, “On behalf of the players, I am thrilled to win this game as we have some stress that we lost in the previous match”.
Yangon United now earn 12 points after 5 matches played, 4 wins, and 1 loss standing in second place, and they will face ISPE on July 31st.