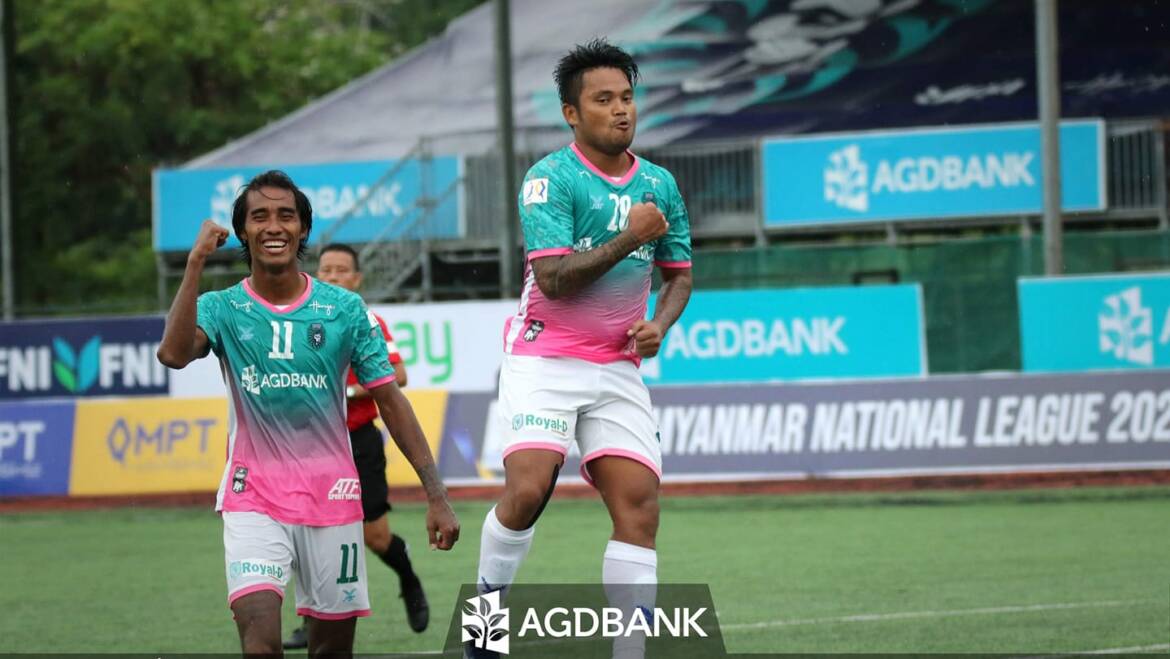 Yangon United beat Magwe 6-0 in the resume match of Myanmar National League. Goals were found by Barfo, Mg Mg Lwin, Emmanuel in the first half. Then Kyi Lin added two goals and Yan Paing Soe scored another leading goal in the second half.

Yangon United come out with 4-4-2 formation for today’s match. Then both teams made applause in honor of medical staff who are working in the front line during this pandemic.
Both teams were active to find a leading goal in the early minutes, and Thein Than Win and Emmanuel made a nice link to pass the ball to Mg Mg Lwin who was ready to hit to the net. But his effort was a bit weak. In 26 minutes, Barfo opened a goal for Yangon when Yan Naing Oo crossed the ball from the left-wing. Then Kaung Htet Soe created two chances to assist Mg Mg Lwin in 41 minutes and Emmanuel in 45 minutes to score. The first half was leading by Yangon United with 3-0.

In the second half, Kaung Htet Soe and Emmanuel were replaced by Yan Paing Soe and Kyi Lin to gear up the attacking. Magwe also made substitutions to fight back, but Yangon’s goalkeeper and defenders handled their attacking well. In 71 minutes, Mg Mg Lwin curved his way to the left post of the keeper, and Yan Paing Soe closely netted a goal. Then substitute Kyi Lin found two goals for Yangon in 82 and 89 minutes of the match to seal the victory. At the final whistle, Yangon United took three points beating Magwe with 6-0.

At the press conference, Yangon United Head Coach U Tin Maung Tun said, “Our players had enough strength to face the opponent. And the opponent team was also good, but I think they were not fit enough to perform well within 90 minutes”.