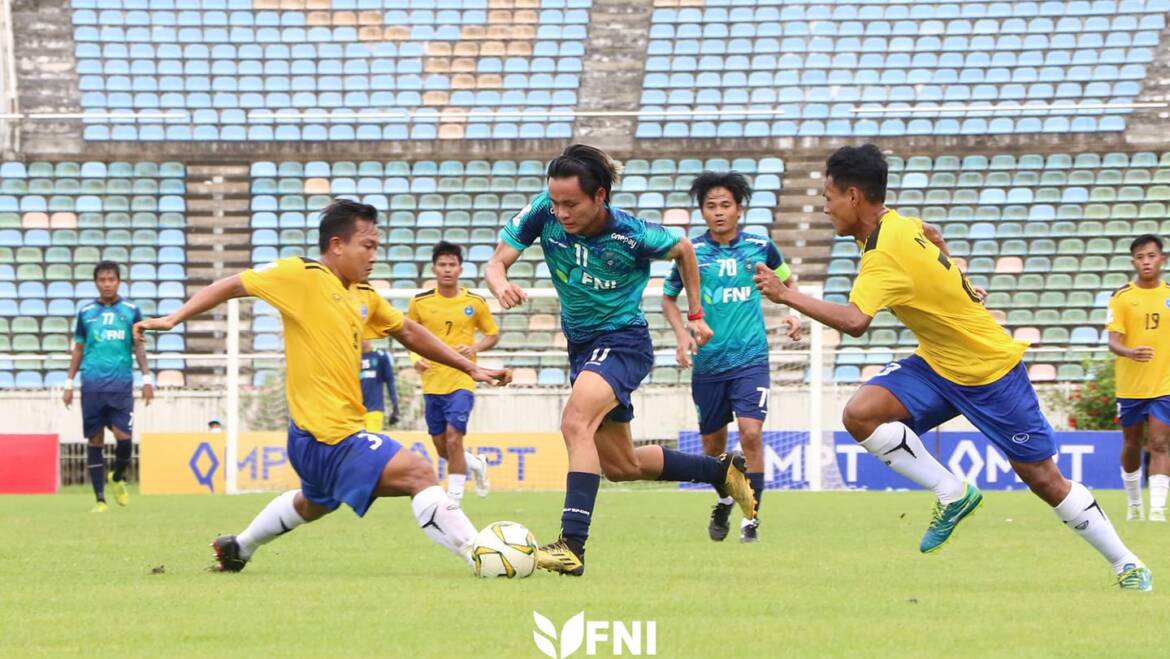 Yangon United drew nail with ISPE today in the week-6 of Myanmar National League 2022.
Yangon approached the with a 4-3-3 squad, and in 20 minutes, Lamin Htwe got a chance to score with an assist from Yan Naing Oo, but his attempt went slid to the goal post. In 35 minutes, Htet Phyo Wai’s drive to the net hit the right post and went over after receiving the ball from Zaw Win Thein. In 6 minutes before the first half, Zaw Win Thein tried to hit to the net and was denied by the keeper, and the first half went draw without scoring a goal.
In the second half, ISPE attempted to find a goal, and they got chances in 75 minutes and additional times to score. However, Sann Sat Naing could manage to protect his net. Yangon made some attacks on the opponent’s net, and the keeper could block the lads’ attempts. At the final whistle, Yangon United drew 0-0 with ISPE.
Yangon United Head Coach U Min Tun Lin said, “Today’s match was a good game, and we got chances to score in the first half, but we could not turn it into a goal. In the second half, we were a little bit weak. I’m disappointed to share the points”.
Yangon United stands in third place after 6 plays, 4 wins, 1 draw, and 1 loss, and coming August 6th, Yangon will face Shan United.