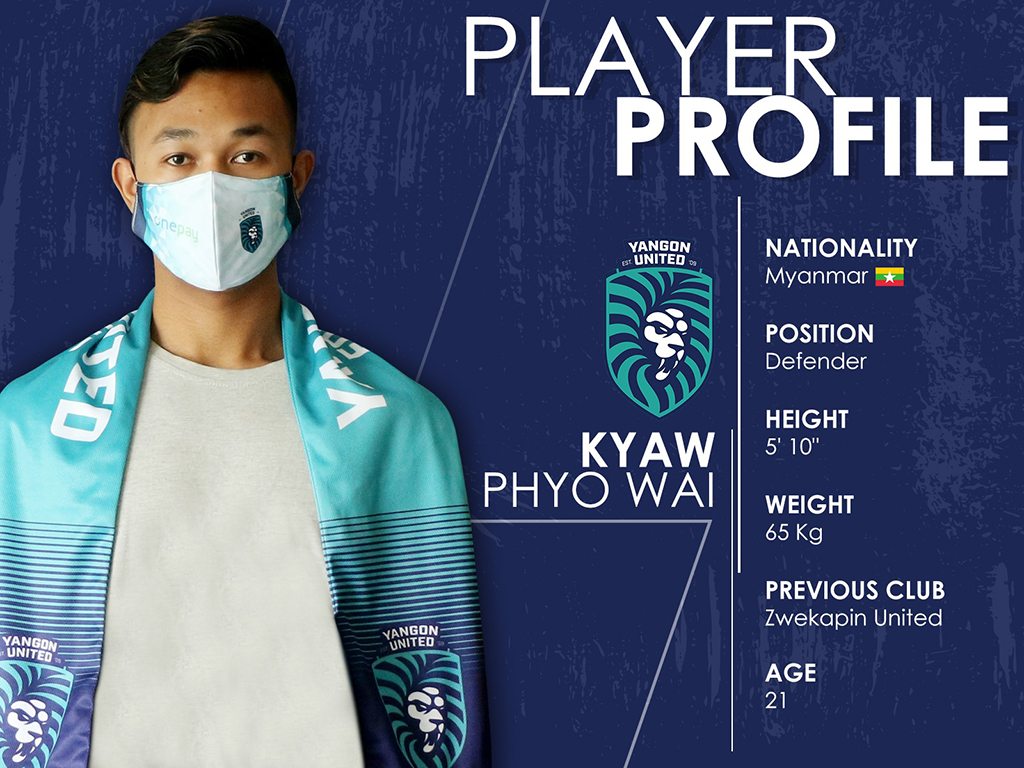 Yangon United is delighted to confirm the signing of defender Kyaw Phyo Wai from Zwekapin United with a two-year contract.

Kyaw Phyo Wai, a 21-year-old defender, was brought up in the Sagaing region and was trained in Mandalay Academy from 2010 to 2016. Furthermore, he was selected in Myanmar National aged group teams since 2016. With National Youth Team, he has so far won the second place in U-16 AFF Tournament in Cambodia. In a local competition, he played for Zwekapin United from 2018 to 2020.

He revealed, “I am grateful to be here to continue my professional journey. The chance is in my hands, and I am very excited when this great team welcomes me to join. I will try to fit with the team squad and bring a good result for the fans”.