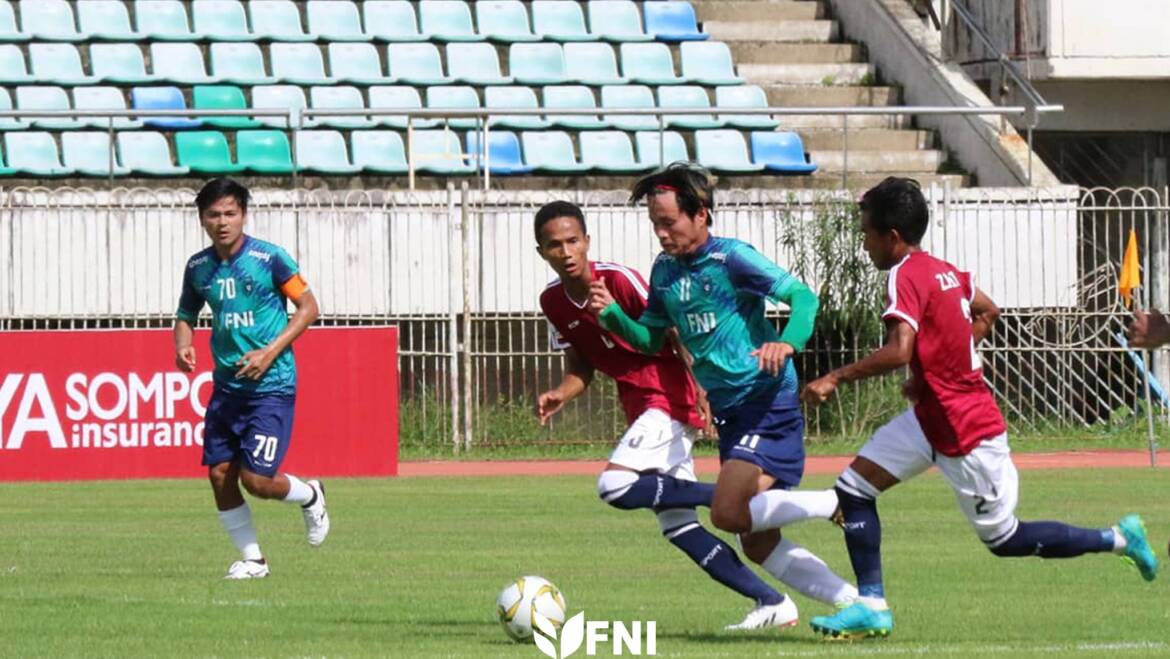 Yangon United beat Myawady 2-0 to open their first match of Myanmar National League 2022. The goals of Lamin Htwe and Htet Phyo Wai made Lions earned three points.
Lions started the match with most of the young players in the squad and dominated the match. In 7 minutes of the first half, Lamin Htwe attempted to open a leading goal by driving to the net with an assist from Zaw Win Thein. But his drive went over the post. Then Lamin Htwe kept the ball from the left side. A leading goal was found by Lamin Htwe in 13 minutes from the left side to the net. They could press on the opponent throughout the match, and HtetPhyo Wai added a second leading goal with nice paving of Yan Naing Oo in 37 minutes. The first half was led by Yangon United 2-0 ahead of Myawady.
In ၂၂ minutes after the restart, Htet Pyo Wai passed the ball from the left side to the goal area to pave the way to David Htan. But David could not turn it into a goal, and opponent defenders intercepted it. Then Htet Phyo Wai was replaced by Kyaw Min Oo in 68 minutes. Yangon got chances to score in the second half, however, the lads were weak in finishing and earned a 2-0 win over Myawady at the final whistle.
Yangon United Head Coach U Min Tun Lin said, “Our players were away from the match about two seasons and I am glad they could perform well in the match for the victory. And they need to improve more”.
Yangon United took three points after beating Myawady and they will face Yadanarbon on July 7th at Thuwunna stadium.