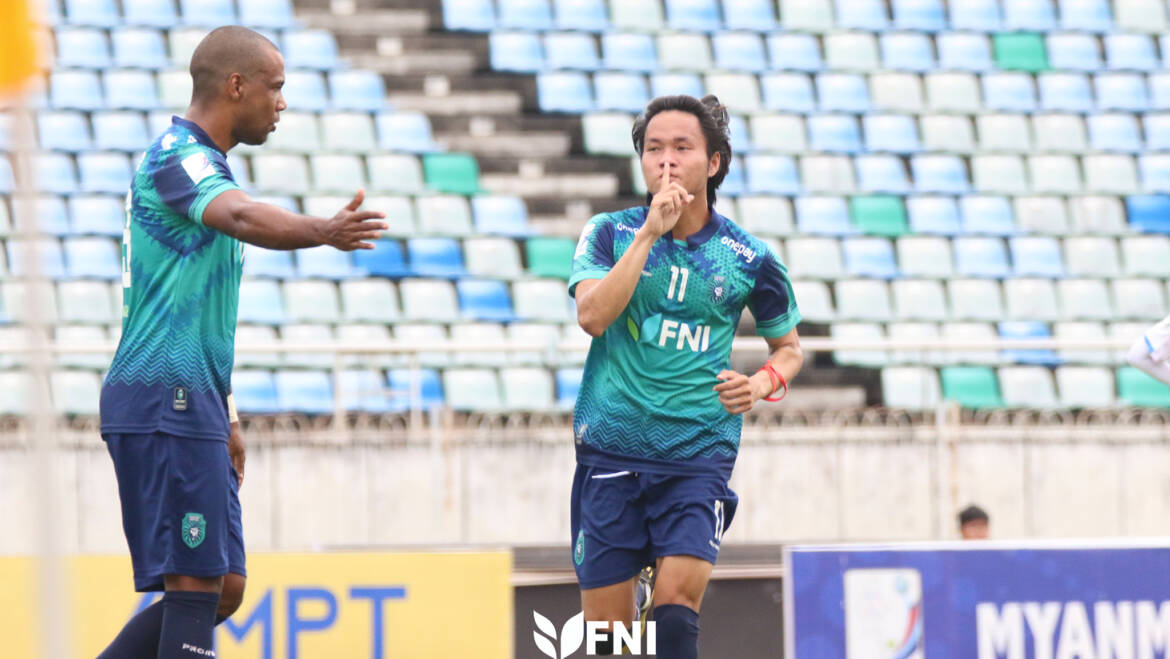 Lions beat ISPE 3-0 today in the week 17 match of Myanmar National League 2022, and goals were netted by Htet Phyo Wai, Thurein Soe, and Junior.
The head coach made some changes in starting list, and the squad came out with a 4-3-3 formation. The lads could dominate the match and saw their first goal in 16 minutes when Htet Phyo Wai made a hit from 18 yards to the left post of the goalkeeper. The second leading goal was found by Thurein Soe closely in 28 minutes when Htet Phyo Wai hit a foul ball awarded by the referee, and the opponent goalkeeper palmed it off. The third leading goal was scored by Junior via penalty when the opponent’s defender intercepted badly to Zarni Htet. The lads could lead the match 3-0 ahead of ISPE at the break.
After the restart, ISPE tried to make some attacks to pull back a goal. Zaw Win Thein in 70 minutes, Yan Naing Oo in 77 minutes got chances to add another goal, but the keeper saved it. ISPE in 73 minutes and 79 minutes had some expectation to score, however, keeper Sann Sat Naing denied their attempt till the final whistle to seal the match with a 3-0 over ISPE.
Yangon United interim Head Coach U Kyaw Dunn said, “I want to thank all the players’ effort in this match, and the victory went to them.”
Yangon United is standing in second place after 15 played, 10 wins, 2 draws, and 3 losses earning 32 points, and coming November 2nd, the lads will face GFA at Thuwunna stadium.