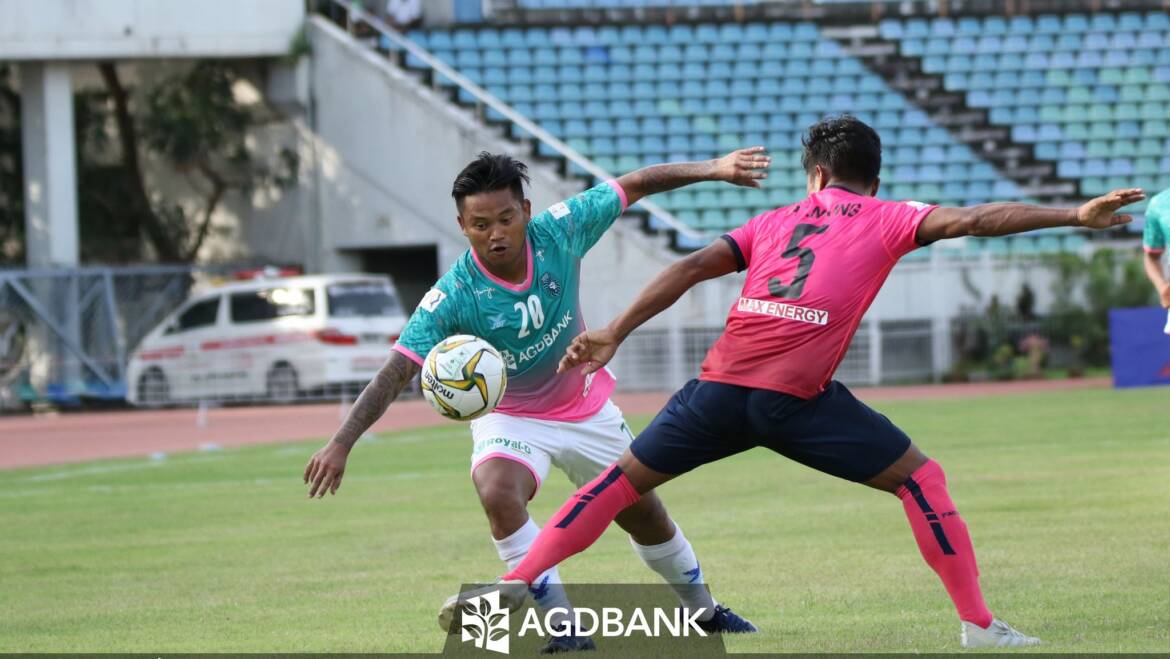 Yangon United sealed a 3-1 victory over Sagaing United. Although the opponent led the match with a goal of Myo Min Phyo, the lads come back with goals of Kaung Htet Soe, Kyi Lin, and Zarni Htet.

The squads come out with 4-2-3-1 formation and Japanese player Shori appeared in the squad while Mg Mg Lwin was suspended. And the opponent opened a goal in 12 minutes of the match by Myo Min Phyo from the left side. Four minutes later, Zarni Htet crossed the ball to Barfo who tried to flick and hit to the right post of the keeper, but his drive slightly missed the post. In 36 minutes, Shori and Aung Kyaw Naing were replaced by Nyein Chan Aung and Kyi Lin to pressure the opponent. Two minutes later, Lions saw a goal to respond when substitute Nyein Chan Aung craved the way to Kaung Htet Soe who ready to pull back a goal for Yangon. Then Yangon was awarded a penalty when Nyein Chan Aung was intercepted badly by the defenders. And penalty kick was hit by Kyi Lin for Yangon. At the break, Yangon United led 2-1 ahead of Sagaing United.

After the interval, Kyi Lin crossed the ball to Nyein Chan Aung in 49 minutes, but Nyein Chan Aung missed it to add a goal. And the third leading goal was delivered by Zarni Htet in 58 minutes. In 64 minutes, Barfo was replaced by Emmanuel. Just two minutes later of his substitution, Emmanuel attempted to drive to the right post of the keeper, and his drive went off the post. In the remaining minutes, the opponent tried to balance the score, and the keeper and defenders handled it well to seal their win over Sagaing United with 3-1.
Yangon United Head Coach U Min Tun Lin said, “I am glad to manage to win with the efforts of our players. And I will work hard for the points in the upcoming matches”.
After beating Sagaing United, Yangon United remains in the third place with 23 points from 11 plays, 7 wins, 2 draws, 2 losses, and the lads will face Magwe on September 7th at Thuwunna stadium.