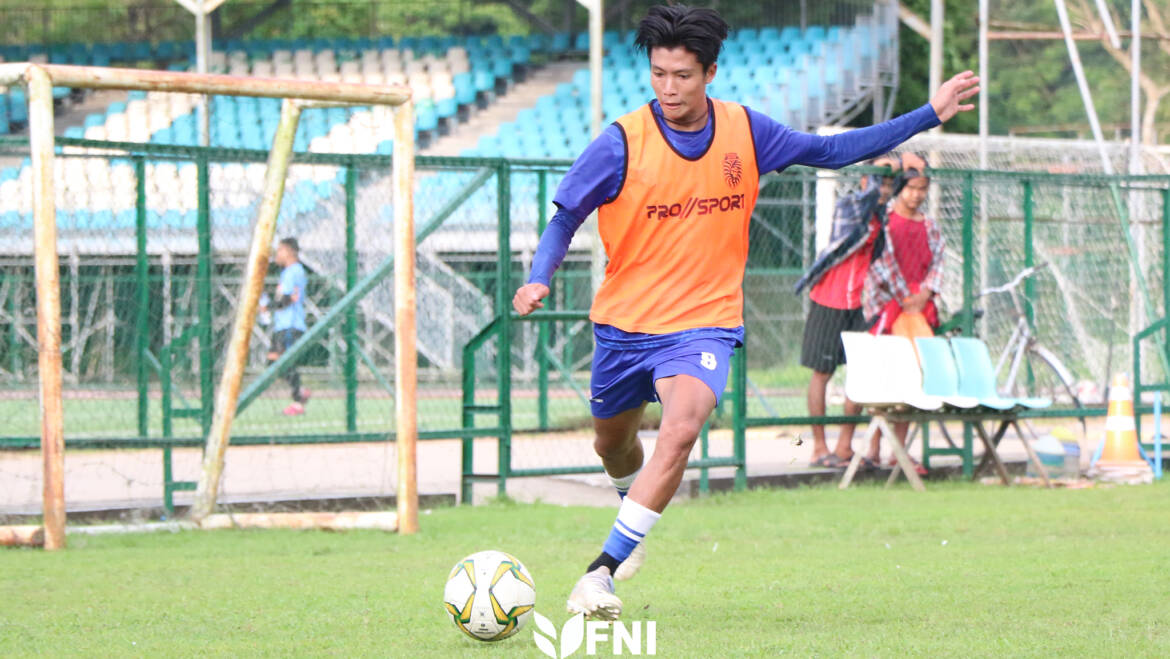 Myanmar National Team and Yangon United striker Win Naing Tun said to fight with unity for the upcoming match against Hantharwady United.
Lions will take on Hantharwady United tomorrow October 16th at Thuwunna stadium at 3:30 pm.
“We have one match left to play. And if we could bring three points tomorrow, it will be the chance to give pressure on the table leader Shan United,” he said.
Then he continued, “We always keep trying our best and fight for three points.”
Yangon stand in second place after 13 matches played with 29 points and the opponent Hantharwady placed third with 26 points from 14 matches.