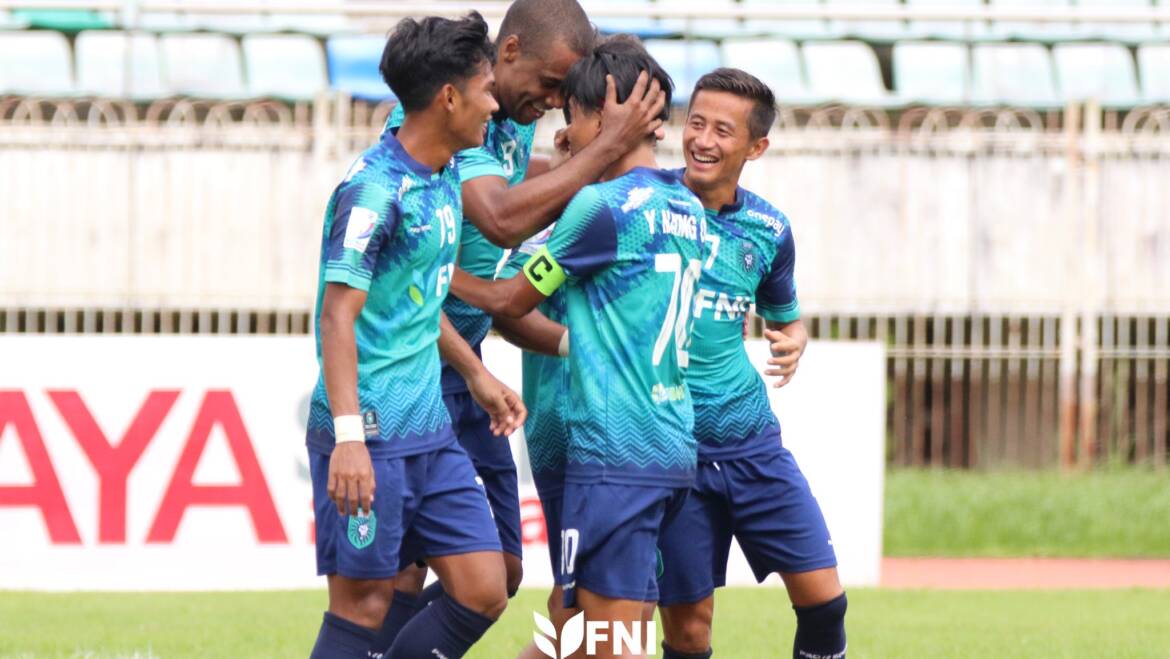 Yangon United sealed their first round of Myanmar National League 2022 with a 2-0 victory over GFA. Goals were netted by Kyaw Phyo Wai and Junior.
This match was U Kyaw Dunn’s first game in charge of the team as well as the first game of newcomer Junior. Yangon dominated the play throughout the first half, and Kyaw Phyo Wai saw his first goal of the season heading to the net in 8 minutes. 6 minutes later, Brazilian striker Junior added a second leading goal with an assist from Zaw Win Thein. The opponent made some changes to pull back a goaler, but they could not make a single goal till the break.
In 60 minutes of the second half, Kyaw Phyo Wai and Lamin Htwe were replaced by Htet Phyo Wai and Sa Aung Pyae Ko. In 65 minutes, a nice hit of Sa Aung Pyae Ko was saved by the opponent’s keeper. Then in 67 and 76 minutes, Junior got a chance to head to the net, but he could not turn it into a goal. At the final whistle, Yangon United won 2-0 over GFA.
Yangon United interim head coach U Kyaw Dunn said, “All the players performed well today and I want to thank all the players for the victory and followed what I trained in the training session in just one day.”
Yangon United stand in second place after 9 plays, 6 wins, 2 draws, and 2 losses earning 19 points in the first round, and they will face their first match of the second round on September 5th against Mahar United at Thuwunna stadium.