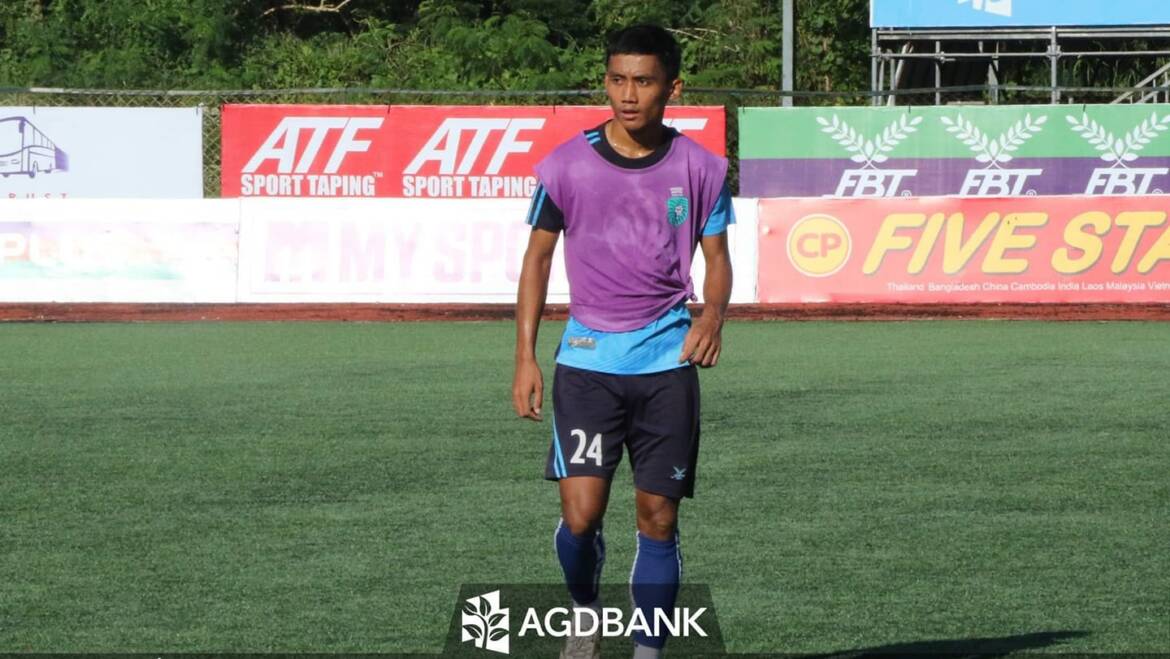 Yangon United will play against Sagaing United tomorrow at 3:30 pm at Thuwunna stadium.

He said, “For the second match of the second round, the coach has guided us on how to control the match and prepare the match every detail of facts of us”.
He scored an opening goal for Yangon in the match against Yadanarbon, “I could score a goal in the last match with a nice assist of teammates. And we are more confident to go as the match was opened with the victory”, he continued.

He was one of the academy players of Yangon United and still making an appearance with the team, and he added, “We should be aware of the opponent as they can trouble us in every corner. However, we will manage to take points”.

“Although we have tight schedules, we ain’t tired of what we are doing because we have enough players, and the rest of the players are ready to fight whenever they are needed. And I want to thank the fans who are supporting us on TV Channel, and we will try more”, he revealed.