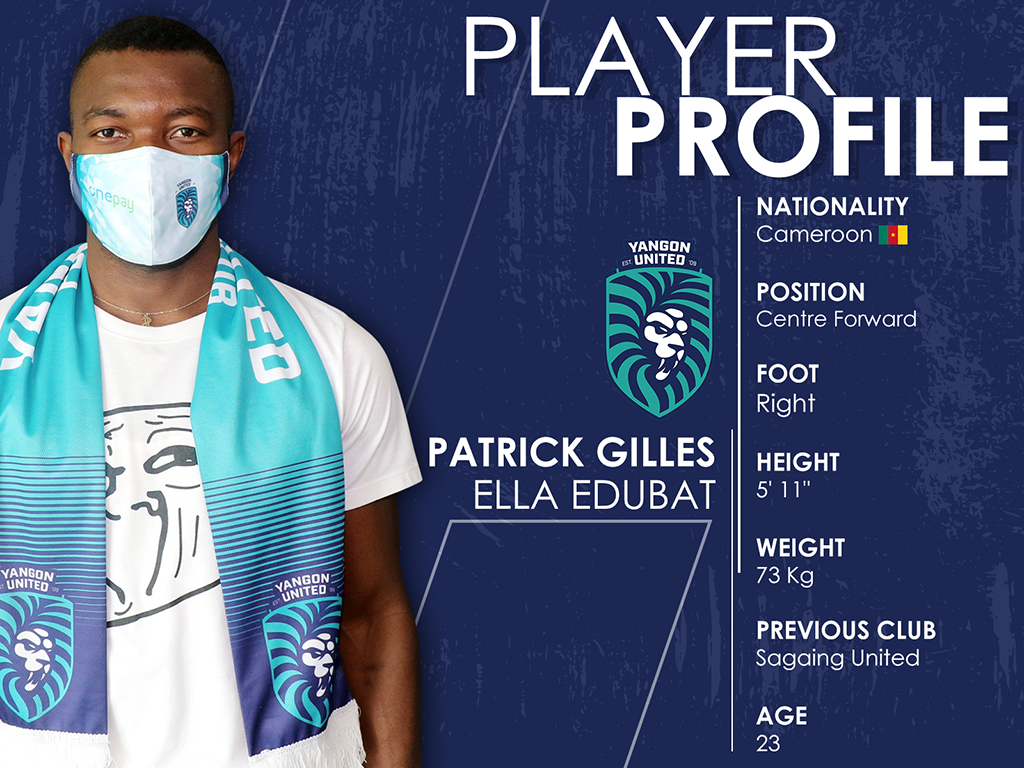 Yangon United are pleased to confirm that Patrick Gilles Ella Edubat from Sagaing United has signed a contract to the end of season 2021.

Patrick played for Sagaing United in the 2020 season producing an excellent performance to put his name in the second of the top scorer list along with 14 goals in Myanmar National League 2020. A 23-year-old Cameroonian stepped into Myanmar National League in 2018 with Ayeyawady United earning 16 goals. With superb performance, he continued his journey with Zwekapin United in the first round and Dagon in the second round of 2019. His name was also featured in the 2019 top scorers list with 10 goals. With Sagaing United in 2020, he did manage to carry out his duty well, and his name was recorded in the Top Scorers list for three consecutive years.

“I’m so sad because two teams withdrew from the competition last year when I was in Sagaing United. If they counted these match goals, I would have earned 16 goals including two goals against Zwekapin United and one goal against Chinland. And it will be 43 goals in total that I earned in Myanmar National League. Anyway I hope to be on the list of top scorers again with my new team and I believe I will have a chance to score more goals with an assist of my teammates to win the trophies”, he said.
Patrick revealed his gratefulness to join Yangon United, “I feel happy to play for this prestigious club and I will try with my teammates to win. Give all my best to the fans to win more trophies.