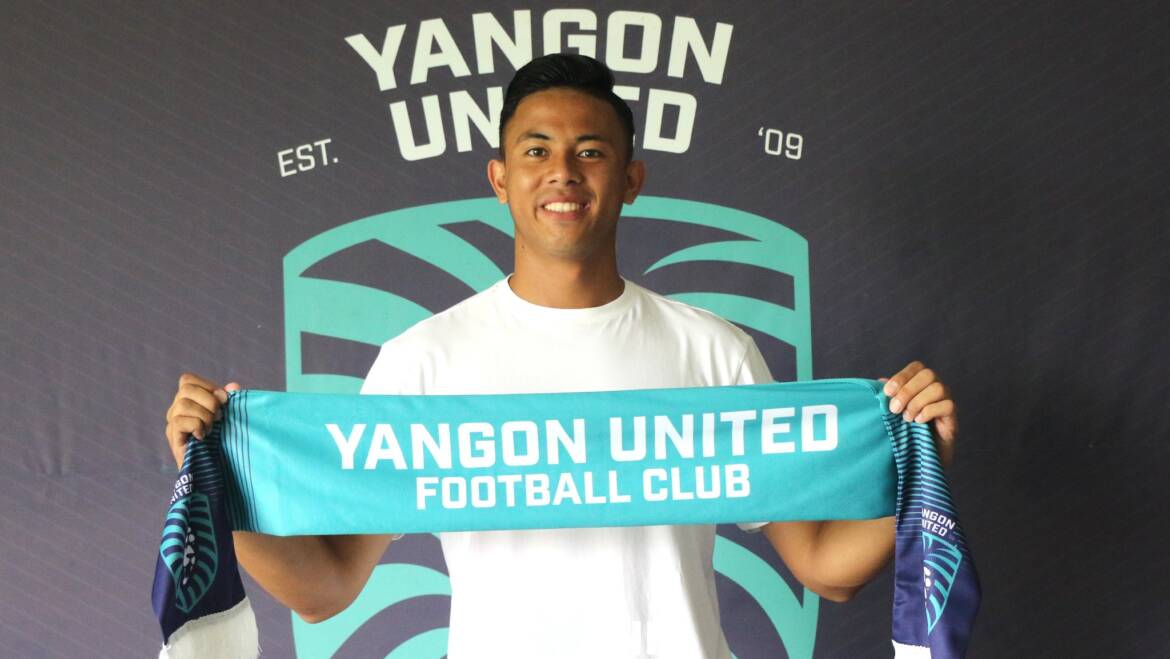 We are pleased to announce that midfielder Kyaw Min Oo has signed with the club till the end of the season 2022.
Yangon United which always look for a talented player to provide an opportunity and a pathway to a professional football career has re-signed former national team and Yangon United midfielder Kyaw Min Oo who was away from the field for some time due to injuries.
A 26-year-old midfielder Kyaw Min Oo was nurtured by Myanmar Football Academy (Mandalay) from 2011 to 2013. Starting from 2014, he has begun his professional career with Myanmar National League club Ayeyawady United for two years. His stunning performance could be seen vividly and clinched the knock-out Champions in 2015.
Then Yangon made a deal with him in 2016 on a three-year contract, and the youngster conquered the two times Champions of Charity Cup, Myanmar National League, and General Aung San Shield.
Bringing up in Nyaung Chay Htauk, Bago region, he was selected in Myanmar International aged group team since 2013. His performance prominently shined like a star in 2015 FIFA U-20 World Cup in New Zealand.
Kyaw Min Oo expressed his feeling of returning to the club, “I would like to thank our president and team officials for bringing me back home. As I feel like I did not play fully for the team in my previous time with this club, I am sure I can give full performance to the team starting from now on. As my injury fully recovered now, I believe that I am ready to play for the team”.
#YUFC #Yangon #ThisIsYangon #HomeOfYUFC #2022season #KyawMinOo #Transfer #NewPlayer