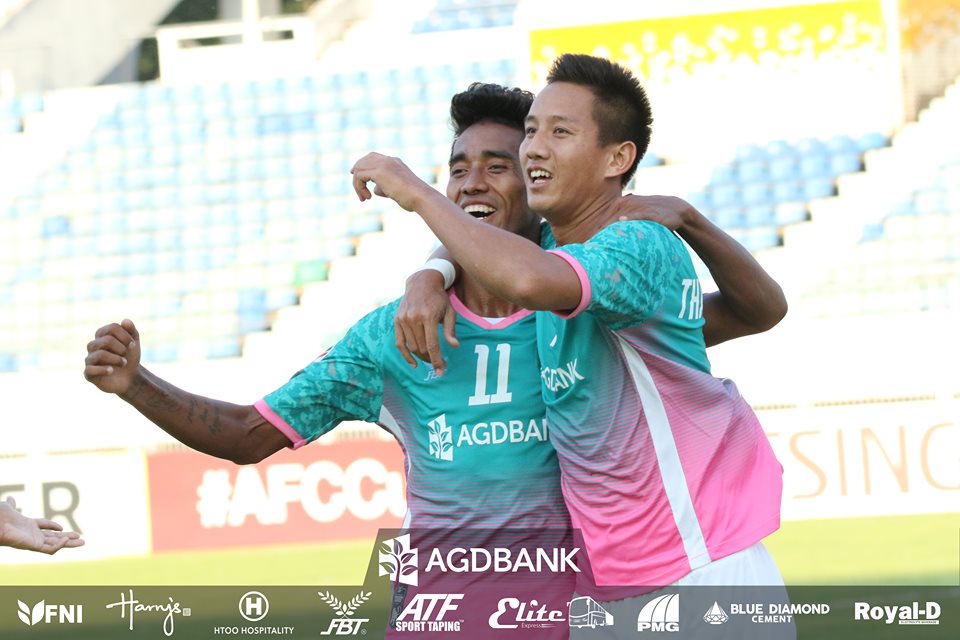 Lions took three points beating Hougang United at home with a goal of Than Paing today in the match of AFC Cup 2020 (Group-F).

Lions come out with 4-2-3-1 formation having Emmanuel in the forward.

The lads could press the visitor in the first half, and assist of Mg Mg Lwin could not help his teammates to score when Barfo and Aung Kyaw Naing were weak in finishing. In 25 minutes, Emmanuel passed a nice assist to the goal area where Aung Kyaw Naing tried to drive to the net. But his effort went over the post. Lions kept dominating the match, and in 32 minutes, Emmanuel attempted to hit to the net when he was rivaling with the defense. However, it slightly passed through the right post of the net. At the break, both teams could not break the deadlock.

In the second half, Yangon had more possession on the pitch, however, they could not find any goal to lead the match. Then Emmanuel, Aung Kyaw Naing, and Shori were replaced by Than Paing, Zin Min Tun and Nyein Chan Aung to look for a goal for the home side. Then substitute Than Paing opened a leading goal for Yangon in 80 minutes with a close assist of Mg Mg Lwin. Lions still dominated the match, and in additional times, they got two chances to add a goal that was blocked by the opponent’s defenders. At the final whistle, the match was led by Yangon United with 1-0 ahead of Hougang United.

Yangon United Head Coach U Tin Maung Tun said, “I am not satisfied with the performance today although we earned three points. If we were good at finishing, we got more goals. Today’s result is one of the steps to go further to the next stage”, at the press conference.

Yangon United earns 7 points from 3 matches, 2 wins, 1 draw and they will face Hougang United in Singapore on April 15th.