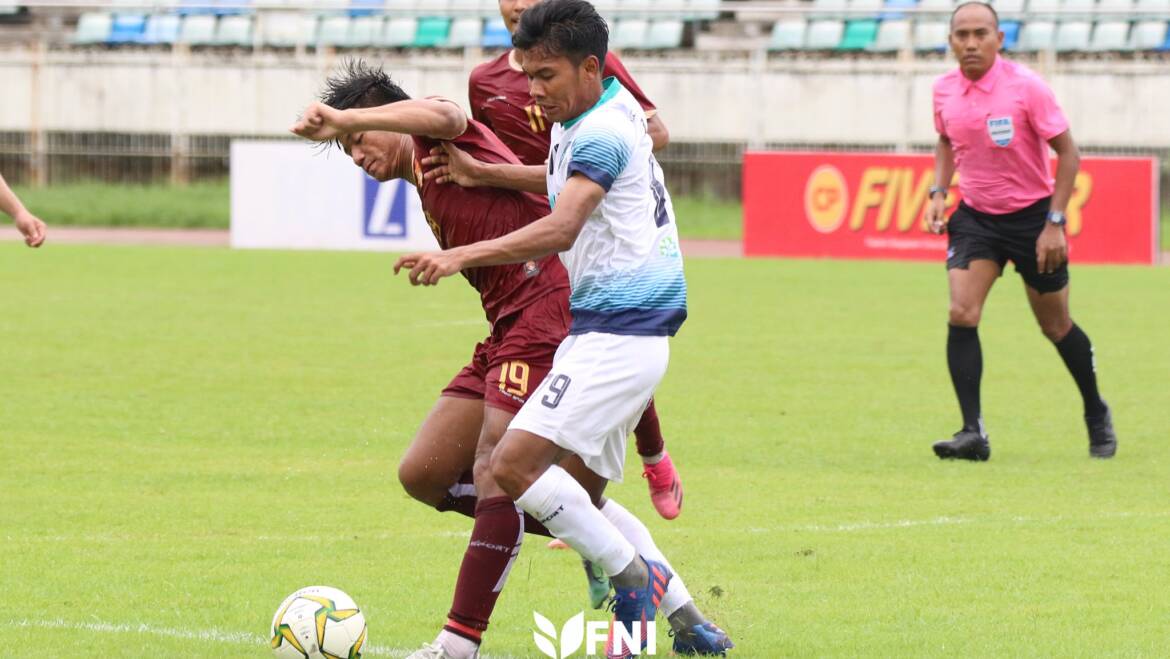 Lions suffered a 3-0 defeat to Ayeyawady United and Kaung Myat Thu scored a hat-trick for Ayeyawady.
The opponent opened a leading goal in the early 3 minutes by Kaung Myat Thu. Then Kaung Myat Thu added leading goals in 18 and 27 minutes to lead the first half.
In the second half, Kyaw Min Oo and Zarni Htet were replaced by Lamin Htwe and Pyae Phyo Zaw to pull back a goal for Yangon. Zaw Win Thein and Htet Phyo Wai tried to look for goals, but the opponent’s keeper saved them well. In 67 minutes, the referee awarded a penalty to the opponent, but Phone Thitsar Min denied it. Yangon got chances for goals in the remaining minutes of the match, but the opponent handled to not allow any goal till the final whistle to seal their victory.
Yangon United Head Coach U Min Tun Lin revealed, “The result was not what we expected, and we need to work harder more”.
Yangon United earns 9 points standing in third place after 4 matches played, 3 wins, 1 loss, and coming July 24th, the lads will face Mahar United at Thuwunna stadium.