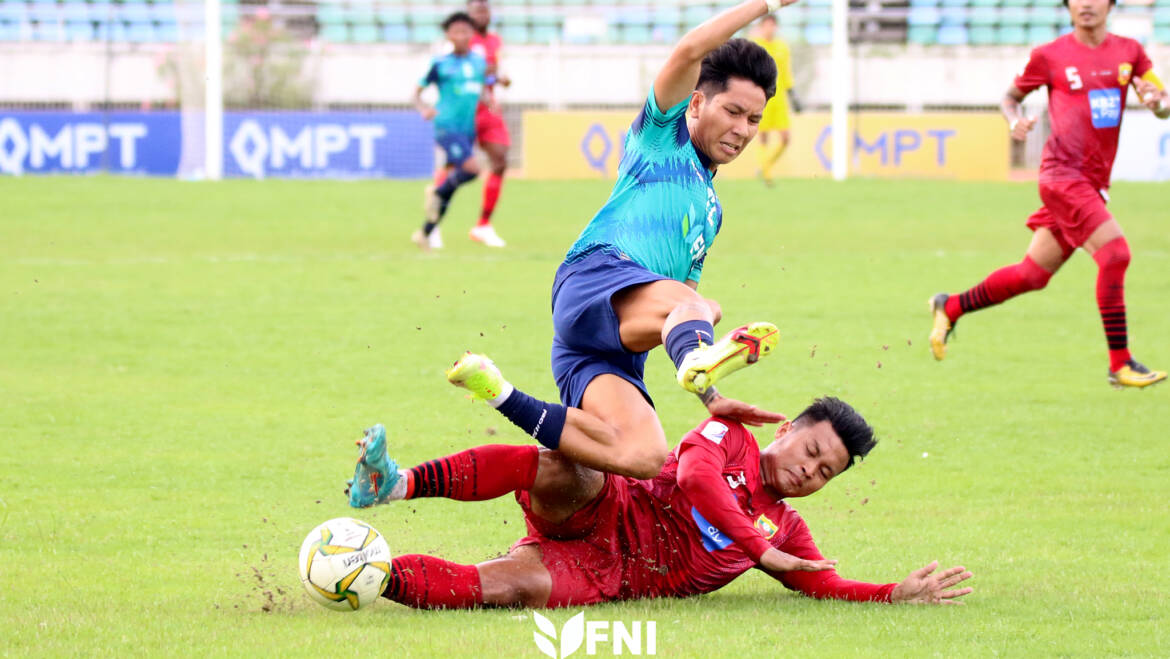 Yangon United shared the points with Shan United in week 11 of Myanmar National League 2022.
The lions started the match with a strong squad to face the opponent. In 21 minutes, David Htan crossed the ball to Junior to head to the net, but the keeper saved it. In 36 minutes, the chance knocked the Lions again, and the defenders intercepted Yan Naing Oo’s free kick. When the ball bounced back, David Htan attempted to drive but was blocked, and Kyaw Min Oo made the drive to the net closely. However, the keeper denied it. A few minutes left to break, Zarni Htet crossed the ball to Win Naing Tun, and a kick of Win Naing Tun slightly went past the right post of the keeper. There was goalless at the break.
In the second half, a stunning connection between David Htan and Yan Naing Oo, David Htan tried to hit the net, but the opponent’s defenders blocked it well. Then Kyaw Min Oo, Zarni Htet, and Junior were replaced by Yan Kyaw Soe, Sa Aung Pyae Ko, and Htet Phyo Wai. Till the final whistle, both teams could not score a single goal and shared the points.
Yangon United interim Head Coach U Kyaw Dunn said, “Our lads played well today. I want to thank all the players. Their unity and performance can be seen on the pitch.”
Yangon United earned 23 points after 11 matches, 7 wins, 2 draws, and 2 losses standing in second place. On October 2nd, the lads will face Rakhine United at Thuwunna stadium.