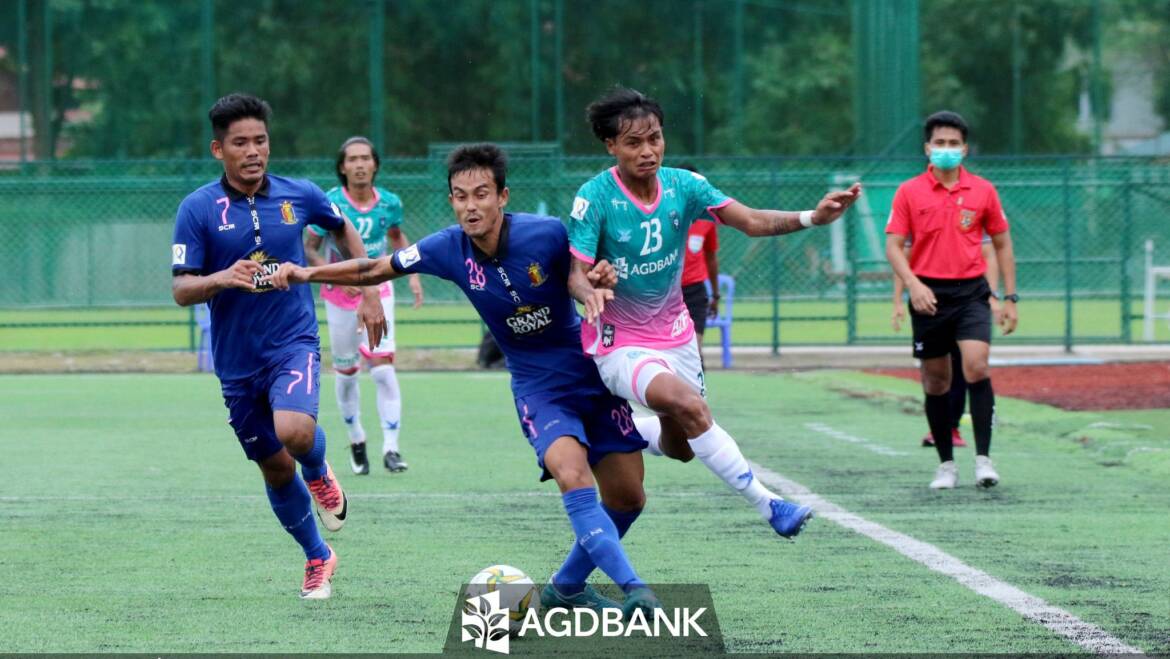 In today’s starting list, Thurein appeared on the list while Htike Htike Aung was suspended for a match. Both teams played hard to find a goal, and in 13 minutes, Kyaw Zin Htet denied the hit from the opponent and had spilled the ball. But Aboubacar wiped out the ball in time that was spilled by the keeper. In 16 minutes, Zarni Htet crossed the ball from the left side to Emmanuel who was in the goal area. However, Emmanuel’s heading went over the post. The match was at the high tempo, and Kyaw Zin Htet was at the peak form to save, and the first half went a 0-0 draw.

In the second half, Emmanuel and Yan Paing Soe were replaced by Barfo and Mg Mg Lwin. After the 70 minutes of the match, Yangon could find the chances. Kyi Lin passed the ball to Mg Mg Lwin to score but he could not manage to drive to the net. Four minutes later, Yan Naing Oo paved the way to Mg Mg Lwin who found a shot on target but his effort was handled by the keeper. Then Kyi Lin created an assist to Kaung Htet Soe to head to the net that went over the post. In 78 minutes, Kaung Htet Soe was substituted by Nyein Chan Aung to press the opponent. Both sides were searching for the killer pass to break the deadlock. However, both teams could not find any goal until the final whistle and shared the points at last.

Yangon United Head Coach U Min Tun Lin said, “I found that our players performed well today. So I want to thank for their efforts and appreciate the result. However, we need to do more and more”.