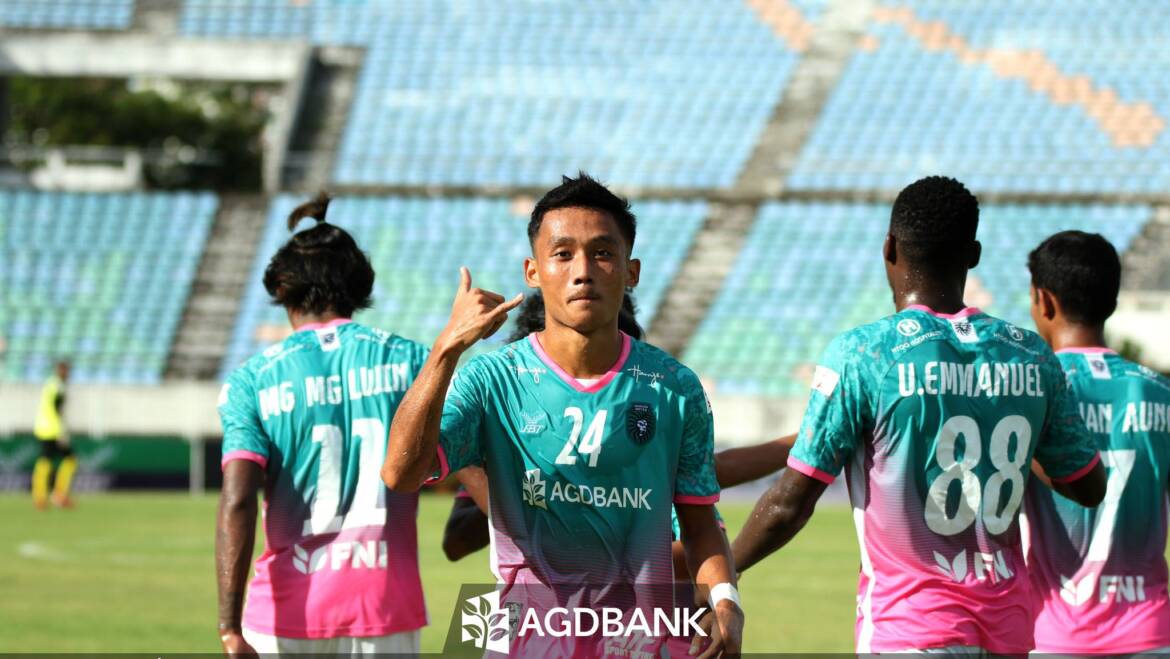 Lions secured the win 3-1 over Magwe today at Thuwunna stadium. Although the opponent led the match with a goal of Pyae Moe, Lions made sure to seal the victory with the goals of Kaung Htet Soe, Emmanuel, and Barfo.

Kyi Lin could not feature today due to ankle injury, and Mg Mg Lwin was back to the pitch after the suspension. In 11 minutes, Nyein Chan Aung paved the way to Mg Mg Lwin who tried to hit from the edge of 18 yards, and the opponent’s keeper wiped it to the side. Continuously Mg Mg Lwin kept pressing the opponent’s defender and assisted to Kaung Htet Soe who tried to head to the net.

But his attempt went over the post. Magwe possessed some chances to find a goal and keeper Kyaw Zin Htet saved it well. But Magwe grabbed their chance once in 31 minutes and drove to the net by Pyae Moe. However, the Lions come back in 37 minutes when Nyein Chan Aung craved the way to Kaung Htet Soe who was ready to equalize a goal. At the break, Yangon United drew 1-1 with Magwe.

After the interval, Lions kept pressing the opponent and found a leading goal in 51 minutes when Min Kyaw Khant crossed the ball to Emmanuel to head to the net. Then Head Coach made changes with Barfo and Thein Than Win in the place of Nyein Chan Aung and Kaung Htet Soe. In 87 minutes, Yangon was awarded a foul ball and hit by Zarni Htet to the left-wing. Substitute Thein Than Win received and made a nice cross to Barfo who was ready position to head to the net. At the final whistle, Yangon United managed to secure their win over Magwe with 3-1.

Yangon United Head Coach U Min Tun Lin said, “I want to thank all the players for their efforts. And we need to do more in the upcoming matches”.

Lions are now at the third place earning 26 points from 12 plays, 8 wins, 2 draws, and 2 losses and will face Southern Myanmar on September 12th at Thuwunna stadium.