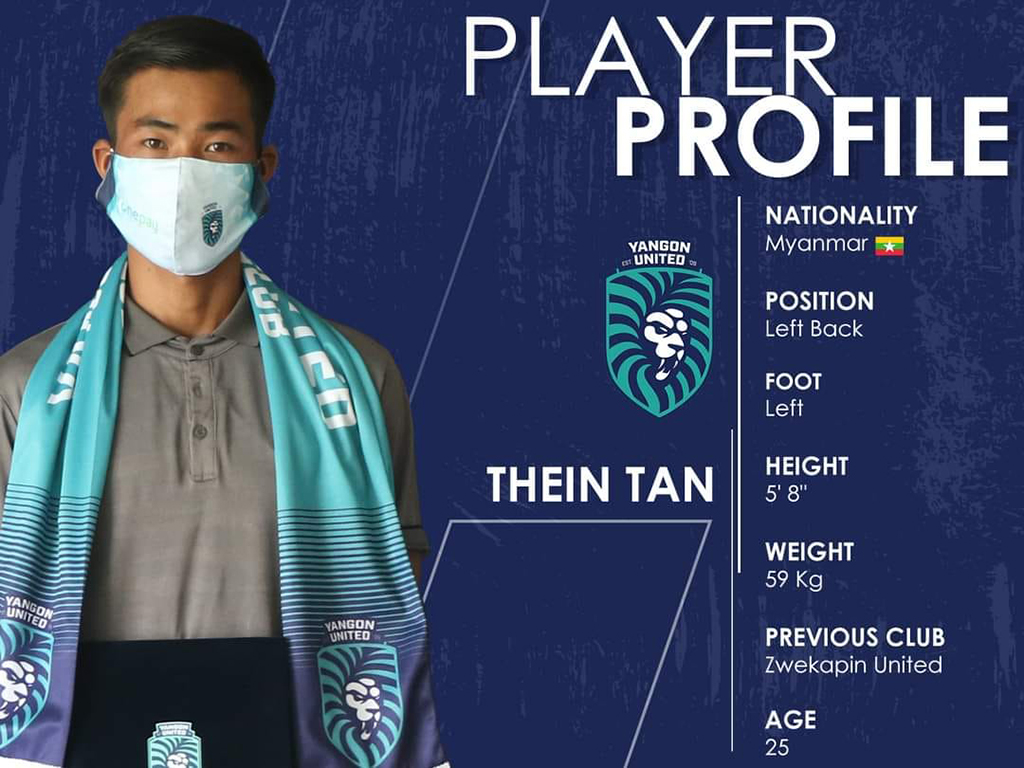 Yangon United are pleased to announce that Thein Tan, a defender from Zwekapin United on a two-year contract as the last singing for the 2021 season.

A 25-year-old defender is from Heho, the southern part of Shan State, and was nurtured in the Institute of Sports and Physical Education (Mandalay) from 2010 to 2014. Then he began his professional career with Myanmar National League-2 club Horizon FC in 2015 spending two years. Moving to Myanmar National League, he played for one year for Chin United in 2017 and three years for Zwekapin United from 2018 to 2020.

Thein Tan revealed, “I am very proud to join the great club and can’t express how I feel right now. I know it is hard to be the first line-up player. But I will try and play for the wins”.