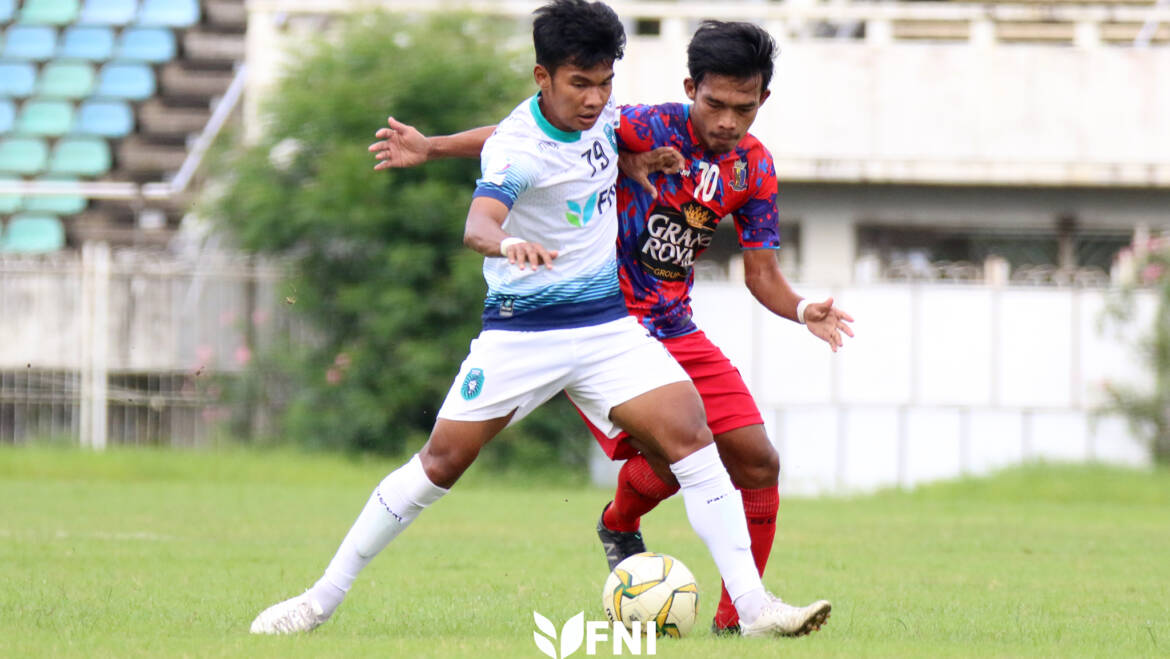 Lions lost to Hantharwady United 1-0 today in week 16 of the Myanmar National League at Thuwunna stadium, and a goal for Hatharwady was netted by Lar Din Maw Yar.
In the starting list, Pyae Phyo Zaw and Zarni Htet appeared in the squad list as David Htan and Hein Zeyar Lin got injured. Both teams geared up to open a leading goal in the first half, but they could not break the deadlocks until the end of the first half.
In 59 minutes, Win Naing Tun tried to hit the net when Min Kyaw Khant crossed the ball, but the opponent keeper blocked it. In 65 minutes, Junior was replaced with Lamin Htwe to focus on the attack. In 75 minutes, Lar Din Maw Yar scored for Hantharwady United. After allowing a leading goal, Yangon made a lot of attacking to pull back the goal till the last minutes. However, Hantharwady United could seal their victory till the final whistle.
Yangon United interim Head Coach U Kyaw Dunn said, “We both had strong points and got opportunities. They approached their victory once the chance knocked on their door.”
Yangon United stands in second place after 14 matches, 9 wins, 2 draws, 3 losses, and coming October 22nd, the lads will face ISPE at Thuwunna stadium.