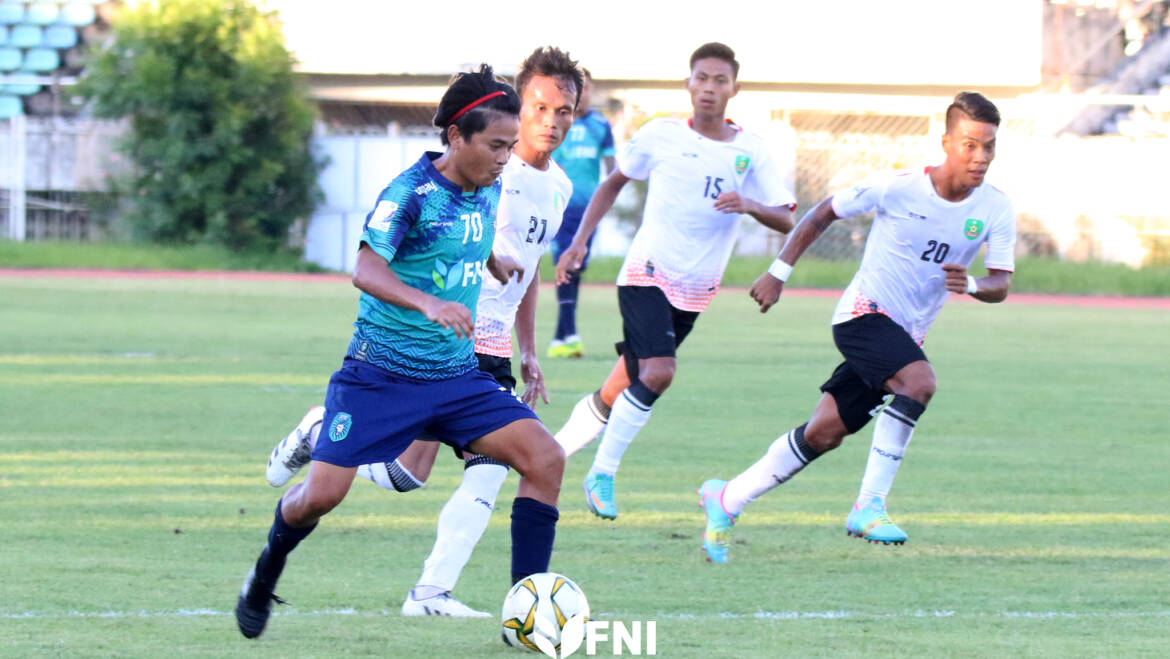 A goal of Junior brought three points for Lions after beating Myawady today at Thuwunna stadium in the week-15 of Myanmar National League 2022.
Yangon got three chances to score in the first 45 minutes of the match. Although Junior and Zaw Win Thein got the chance to score, they were weak in finishing led to the match draw at the break.
After the restart, Win Naing Tun was intercepted badly by the opponent’s defender at 18 yards, and the referee awarded a penalty to Yangon. And Junior made sure to earn a goal. Myawady made an aggressive play to press, and Yangon defenders and goalkeeper Sann Sat Naing handled them well. At the final whistle, Yangon United earned three points over Myawady 1-0.
Yangon United interim Head Coach U Kyaw Dunn said, “Myawady is a good rival for us, and we played hard today. However, I’m satisfied with the result.”
Lions stand in second place after 13 matches played, 9 wins, 2 draws, 2 losses earning 29 points, and coming October 16th, the lads will take on Hantharwady United at Thuwunna stadium.