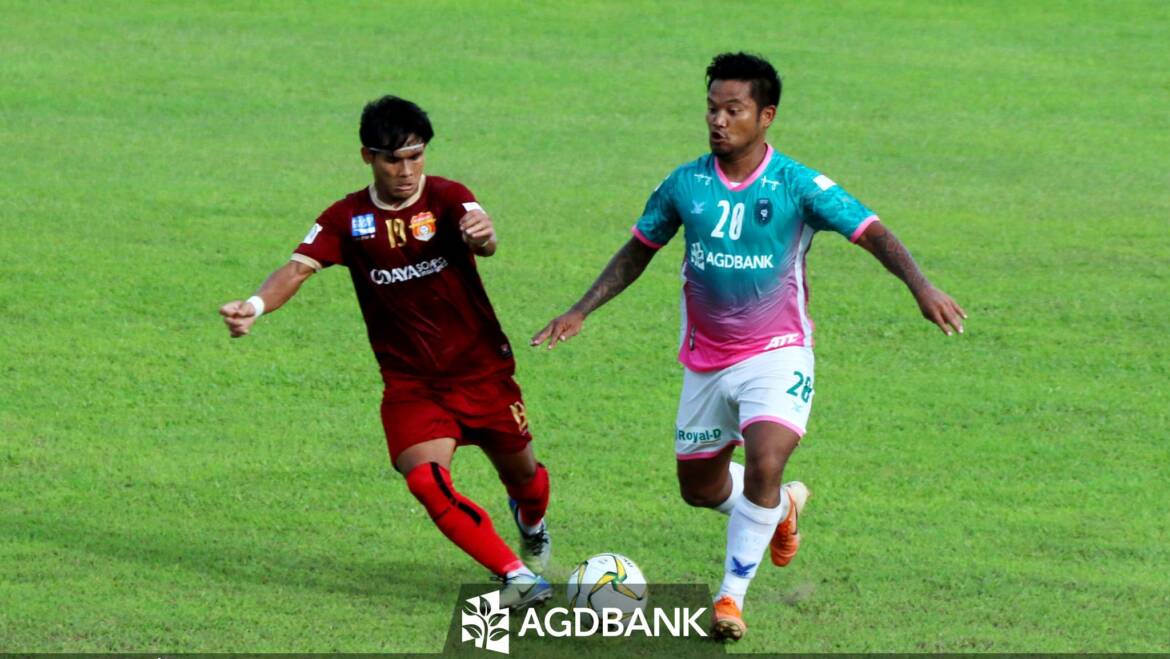 The lads were in peak form to face the opponent today, and Barfo opened a leading goal having one-two pass with Yan Naing Oo. The opponent got corner kicks to find a goal, but Yangon’s defenders and the keeper saved it well. In 33 minutes, Yan Paing Soe was replaced by Mg Mg Lwin. Then Ayeyawady was awarded a penalty in 42 minutes and hit by Success. Success’s late goal equalized the result at the break.

In the second half, Ayeyawady made two changes, however, Yangon added a leading goal in 50 minutes by Kyi Lin when Aee Soe hit a corner kick to the penalty spot where Mg Mg Lwin tried to head to the net, but it spilled out. But Kyi Lin confirmed a goal from the left side. Just three minutes later, Barfo doubled his score heading to the net when the ball hit by Aee Soe bounced back from the crossbar. The fourth leading goal was found by substitute Emmanuel after receiving an assist from Mg Mg Lwin. Even though the opponent pulled back a goal in 80 minutes by Thiha Zaw, Lions managed to take points and won over Ayeyawady with 4-2 at the final whistle.

Yangon United Head Coach U Min Tun Lin said, “I am happy with the result, and all players did well. We keep this performance for the remaining match”.
Lions are standing at the fourth place with the points of 34 points from 17 plays, 10 wins, 4 draws, 3 losses. And the lads will face I.S.P.E on September 30th at Yangon United Sports Complex.