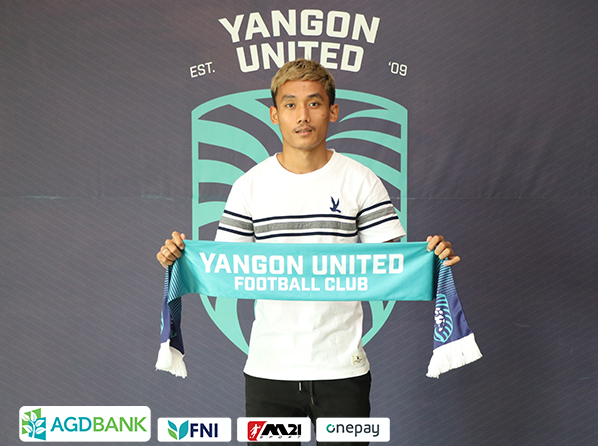 We are delighted to announce the signing of right-winger Kaung Htet Soe on a one-year contract.
Born in Shwe Kyat Yat, Amarapura township, Mandalay region, is one of the products of the Yangon United youth team. He joined the youth team from Mandalay University team from 2015 to 2018 and won the 2015 Myanmar National League U-21 Champions title. Subsequently, he made his first-team debut in 2019, and he came under the spotlight for his superb performance participating in AFC Cup and local matches. Moreover, he won the 2019 General Aung San Shield.
Then he transferred to Kamphaengphet FC earning 6 goals in 13 games and was listed in third place of top goal scorers in Thai League 3. He was called up to the Myanmar U-22 team as well as in the 2021 AFF Suzuki Cup.
Kaung Htet Soe said, “I was overwhelmed when I received an offer from the club, and of course, this is my second family as well. As I haven’t finished my duty holding the Myanmar National League title with this great club, I will strive for that and AFC Cup.”