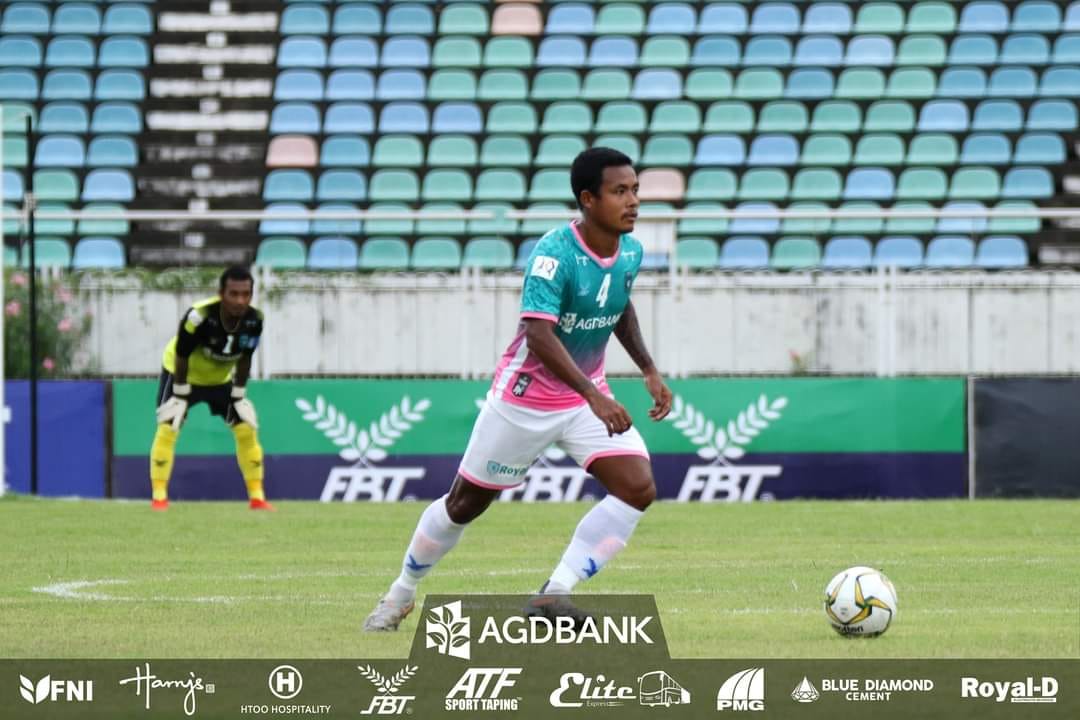 Htike Htike Aung said, “We will follow the instruction of our coach and try to beat the opponent with respect”.

“I am not satisfied with my performance yet because I still have some mistakes on the pitch. So I have learned from those mistakes to correct. No matter how the opponent teams build, we will take every team seriously”, said the defender.

Yangon United earned a narrow win over Southern Myanmar with a goal of Than Paing in the first round.

“We have plenty of players and can make any changes during the play. So we never feel tired and always ready for the coming matches”, he said.

Then he continued, “We are preparing for every single match. And we will give happiness to the fans as we are eager to win”.