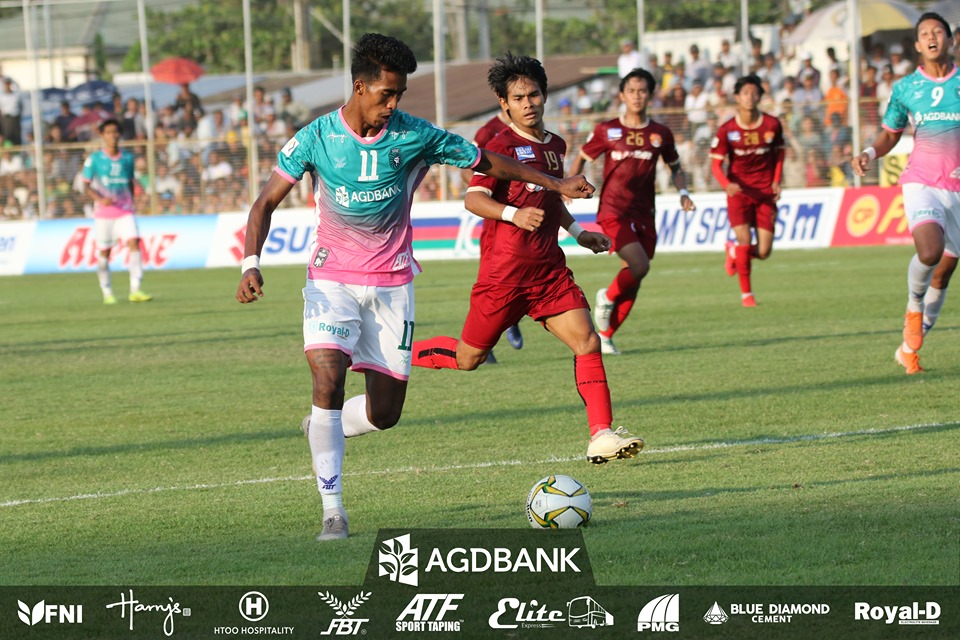 The host took three points over Yangon United at their home with a goal of Success in week-9 of MPT Myanmar National League 2020.

The squad come out with 4-2-3-1 formation, and Kaung Htet Soe was back to the starting list while Kyi Lin was on the bench.

Although the host took the advantage on the opponent in the early minutes, goalkeeper Kyaw Zin Htet and defenders could control their attack. Then Lions come back to action with the attempt of Aung Kyaw Naing, Barfo and Mg Mg Lwin. But the lads were weak in finishing which led the match draw in the first half.

In the second half, Yangon got two foul balls, and Mg Mg Lwin and Kyi Lin tried to find a goal that went over the post. Then both teams made a substitution, and Kyi Lin and Emmanuel were replaced in the place of Kaung Htet Soe and Barfo. However, the host took a lead in 67 minutes when Success headed to the net with an assist of Lwin Moe Aung. Yangon geared up to respond a goal, and in the late 80 minutes, the lads could stir up the opponent’s defense, and the keeper was good enough to save their attack. In additional times, Mg Mg Lwin got a chance to pass the ball to the goal area where Emmanuel was waiting to head to the net. But the luck was not in Lion’s side, and the host Ayeyawady United won 1-0 over Yangon United at the final whistle.

Yangon United Head Coach U Tin Maung Tun said, “Once we lose concentration, we conceded a goal. We got chances, and could not turn it a goal as we were weak in finishing. I want to say sorry for the result to the fans”.