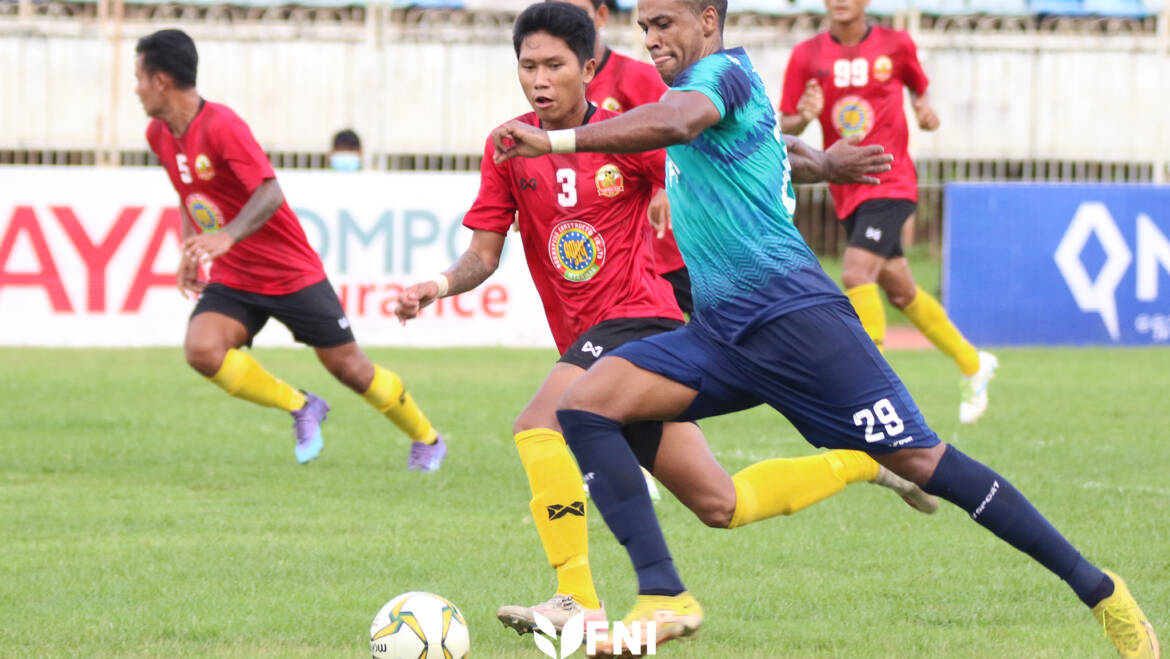 Lions made their historic record after beating Rakhine United 10-0 in the week-14 of Myanmar National League 2022. The glut of Win Naing Tun, the hat-trick of Junior, and a goal of Yan Naing Oo and Hein Zeyar Lin each underlined the historic dominance in the club record.
The lads started with a 3-5-2 formation to face the opponent, and in 18 minutes, Win Naing Tun opened a leading goal for Yangon when Yan Naing Oo passed the ball, and he kept the ball passing through the keeper. In 28 minutes, captain Yan Naing Oo drove to the net from 18 yards for the second leading goal. The goals of Win Naing Tun in 30 minutes, 43 minutes, and a goal of Junior in 45 minutes led the match ahead at the break with 5-0.
The lions kept their best form to find more goals in the second half. In 53 minutes, Win Naing Tun found his first hat-trick with a close assist from David Htan. Two minutes later, Junior added a goal to earn his first hat-trick of the season. In 72 minutes, Hein Zeyar Lin closely netted a goal with an assist from Kyaw Phyo Wai. Striker Win Naing Tun added two goals in 88 minutes and 90 minutes. Win Naing Tun earned his hat-trick in today’s match, while Brazilian striker Junior braced his first hat-trick of the season. Furthermore, Yangon defenders and keeper showed their performance not to concede any goal and sealed their victory 10-0 over Rakhine United.
Yangon United interim head coach U Kyaw Dun, “I want to thank my lads for their hardworking to earn this excellent result”.
Yangon United stands in second place after 12 matches played, 8 wins, 2 draws, and 2 losses earning 26 points, and the lads will face Myawady on October 12 at Thuwunna stadium.