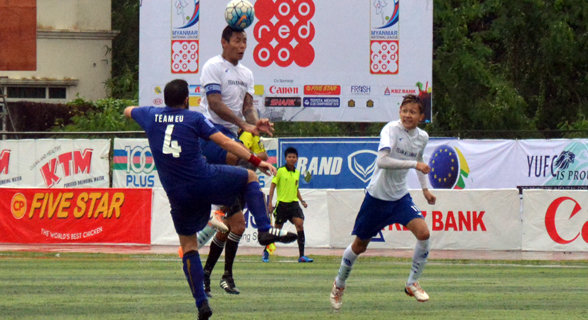 After the match, The Team Myanmar entertained to the comers with a song. Funds from this match are charity for ‘Third Story Project’.