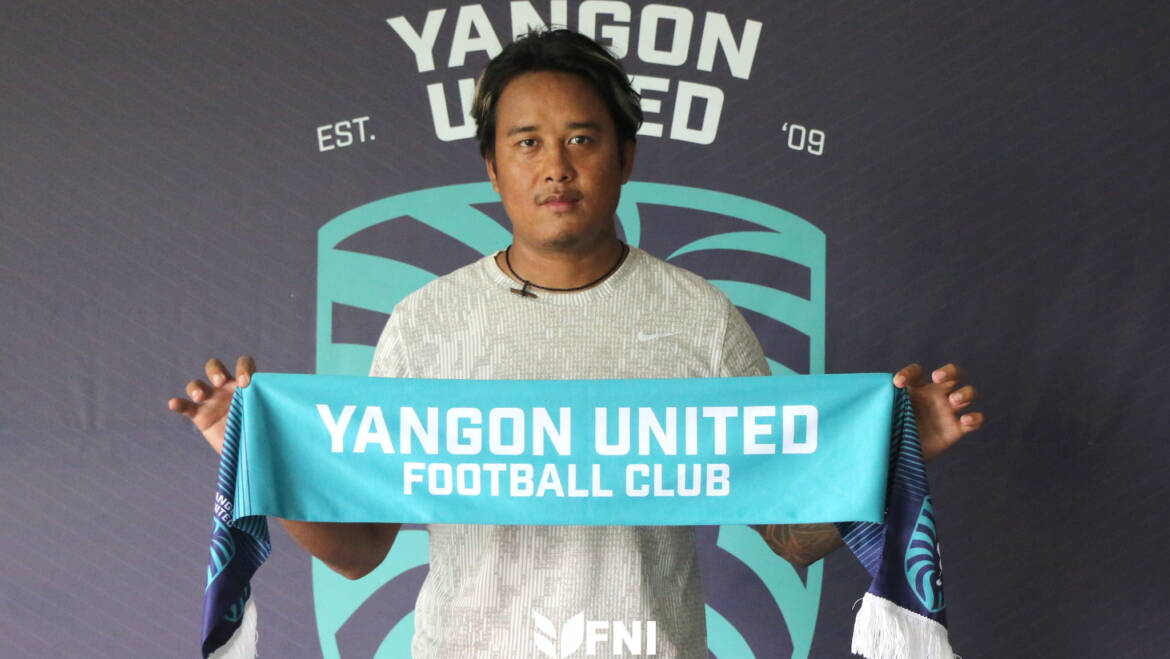 The signing of defender Thiha Htet Aung confirmed till the end of the 2022 season.

We are delighted to announce the signing of defender Thiha Htet Aung has been confirmed till the end of the 2022 season.
Thiha Htet Aung aged 26 started his professional career in the Magwe Youth team two years. Then he moved to the Zeyar Shwe Myay youth team in 2012 and played for three years. Then Yangon made a three-year deal with him in 2015, and he could hold the Champion title with the team. In 2017, he moved to Chin United in loan, and in 2018, he transferred to Zwekapin United. At that time, he could perform well and strive for the team to place at the fourth place at the end of the season. Then, he kept his excellent skill to bring his new club Ayeyawady United to third place in 2020.
Bringing up in the Sagaing region, Thiha Htet Aung had been selected in Myanmar U-19 in 2014 and could hold the Hassanal Bolkiah Trophy in Brunei. And he was one of the shining stars of the squad in the FIFA U-20 World Cup 2015 in New Zealand.
He said, “I’m thrilled to be back to the club and get a chance to work with the coaches and officials that I’m familiar with. I can’t express how much I feel right now, and would like to thank our president for offering me the chance. I want to fix what I had done before. Last but not least, I will show who I am and strive for the team”.
#YUFC #Yangon #ThisIsYangon #HomeOfYUFC #2022season #ThihaHtetAung #Transfer #NewPlayer