The Official Website
Your cart: 0 Items - £0.00
Close
HomeNewsA precious goal of David Htan made the lions... 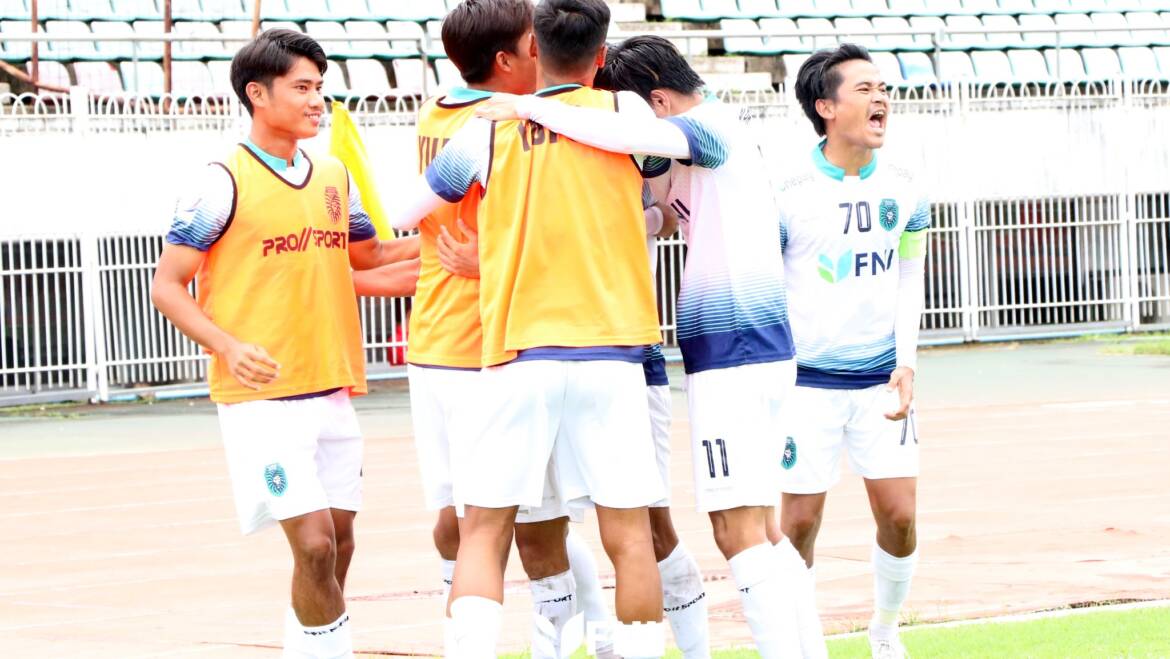 A precious goal of David Htan made the lions earn three points in the third match of Myanmar National League 2022.
The squad started with 4-2-3-1 to face the opponent, and the lads got chances for a goal in the first half. In 34 minutes, Lamin Htwe attempted tried to drive to the net which was denied by the keeper. Then the lions got a corner kick, and Thiha Htet Aung tried to head to the net. However, the keeper was in a good position to protect it. Both teams could not break the deadlocks at the break.
Yangon made some changes after the restart to find a leading goal. Then Yangon got a foul ball, and Kyaw Min Oo tried to hit it. But it went over the right post of the keeper. In 86 minutes, the Lions found a leading goal when an excellent cross of Kyaw Min Oo met David Htan was ready to drive to the net. Yangon United earned a narrow win over Rakhine United at the final whistle.
Yangon United Head Coach U Min Tun Lin said, “Today’s match we played was a tough game, and our lads made some mistakes on the pitch. We need more concentration to control the game”.
Yangon United stands in second place earning the same points, and goal difference as table leader Shan United. On July 20th, the lads will face Ayeyawady United at Thuwunna stadium.