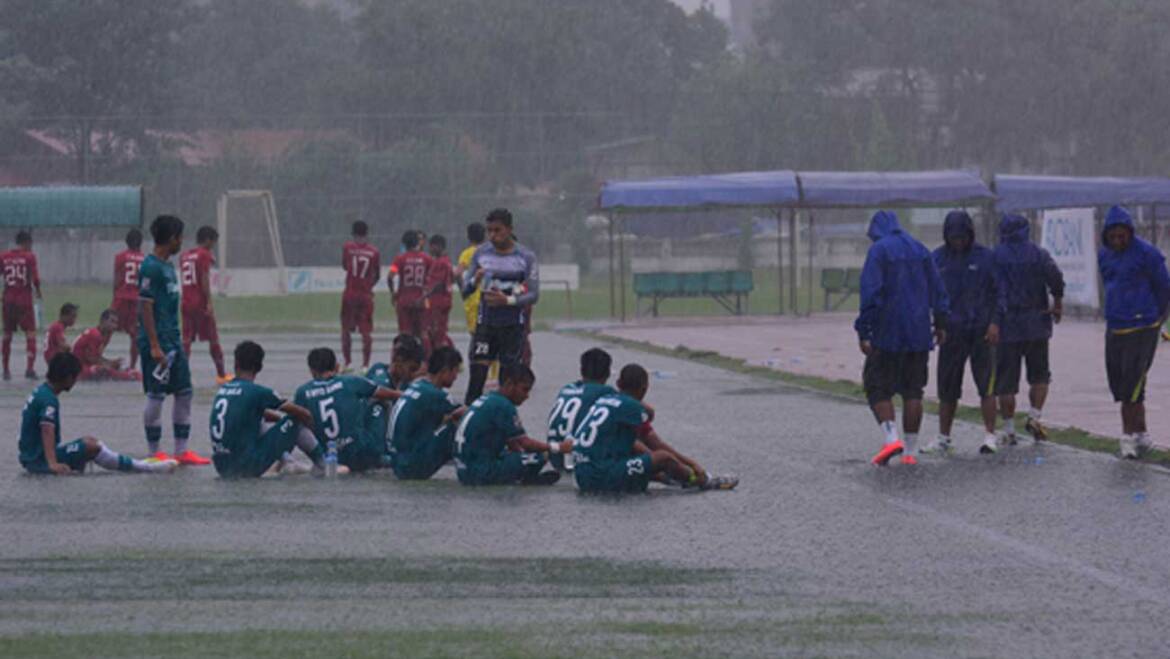 Yangon VS Ayeyawaddy Youth Competition Postpone Because of the Heavy Rain

The match of Myanmar National League U-21 Youth competition, which was held on the afternoon of July 6, was postponed because of heavy rain, so, the game of Yangon United and Ayeyawaddy will be held on July 8.

This decision was made by the Myanmar Football Federation. On the match day, there was heavy rain since 2:00 pm and all players found it hard to play on the artificial turf, so, the game, that was regularly started at 3:30 pm, was eventually started at 3:45 pm. But the rain was so heavy even after 32 minutes of playing, therefore, the Match Commissioner U Hla Shwe had decided not to continue the game.

When the game was postponed, both sides could not score any goal. “The weather is extremely bad. If we have the players played in this bad situation, they would either getting injures or a good match can’t be held” U Hla Shwe says. When the game will be restarted on July 8, 3:00 pm, it will be start first half 32nd minute, so, there is no problem as both sides did not score goal, he says.