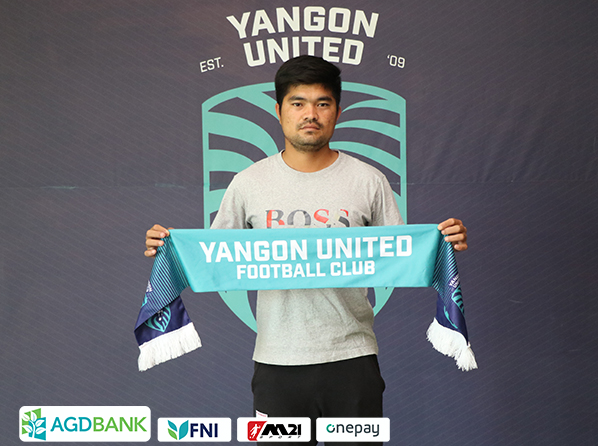 We are pleased to announce to confirm the signing of Hlaing Bo Bo from Yadanarbon on a two-year contract.

The silver medalist of the 2015 SEA Games in Singapore, Hlaing Bo Bo was from Paleik Youth Academy in Sint Kai Township, Mandalay region. He joined the Yadanarbon youth team in 2009 and was scouted in the Myanmar U-16 team. Then he was promoted to Yadanarbon senior team in 2011 and held the Champion title in 2014 and 2016. Hlaing Bo Bo was offered a contract from Thai League-1 club Sukhothai FC and loaned a half-year contract to begin his first international debut. Due to his stunning performance, he kept making an appearance in Myanmar National Team since 2016.

Hlaing Bo Bo said, “I am thrilled to join Yangon United, and I am going to push myself better to get fit with the team squad to hold the Champion title. I want to play AFC Cup to showcase my skill in this international competition.”